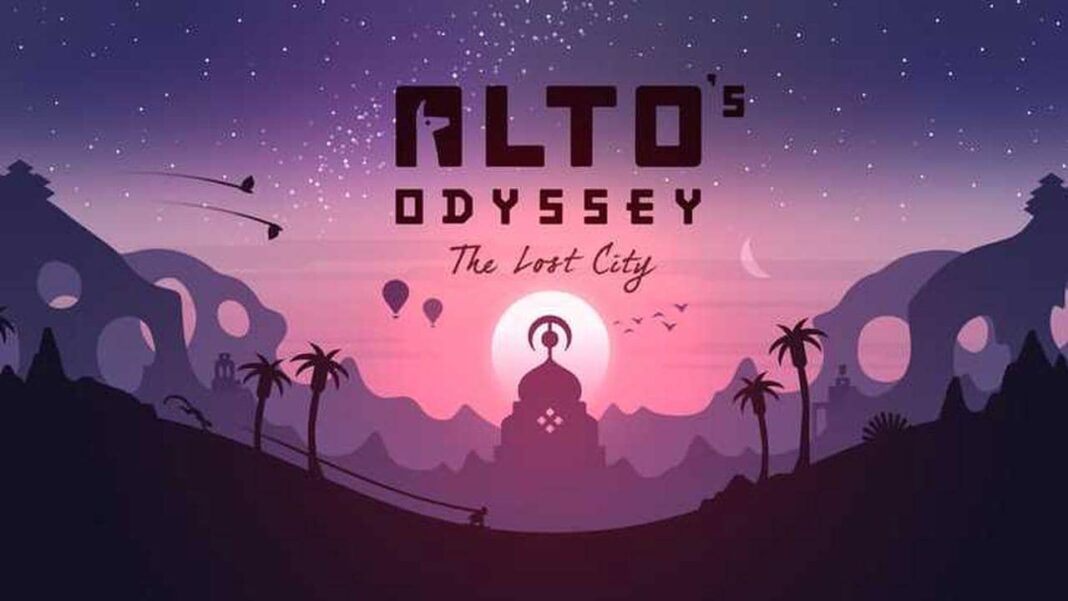 Following the announcement three weeks ago, Land & Sea and Built By Snowman announced that Alto’s Odyssey: The Lost City will be released for Apple Arcade on July 16. This will be a special version of the acclaimed endless runner who introduces new content.

The current version of Alto’s Odyssey contains three biome; The Dunes, The Canyons and The Temples, but the Apple Arcade special will introduce Lost City.There are many challenges to explore throughout the game, which means that senior players may encounter some surprises.

The developer described Alto’s Odyssey: The Lost City as the definitive version of the game. It will continue to grow after its release next Friday. Beyond release, a series of post-launch updates will continue to introduce new content in the coming months.
If you prefer to enjoy the beauty of the aesthetics of the game, there is a Zen mode that ignores points and boosts.

No matter how you choose to play it, the developer recommends playing the game with headphones. So you can enjoy the original music of the game.

Alto’s Odyssey: The Lost City will be available on Apple Arcade, a subscription service for $4.99 per month, starting July 16.