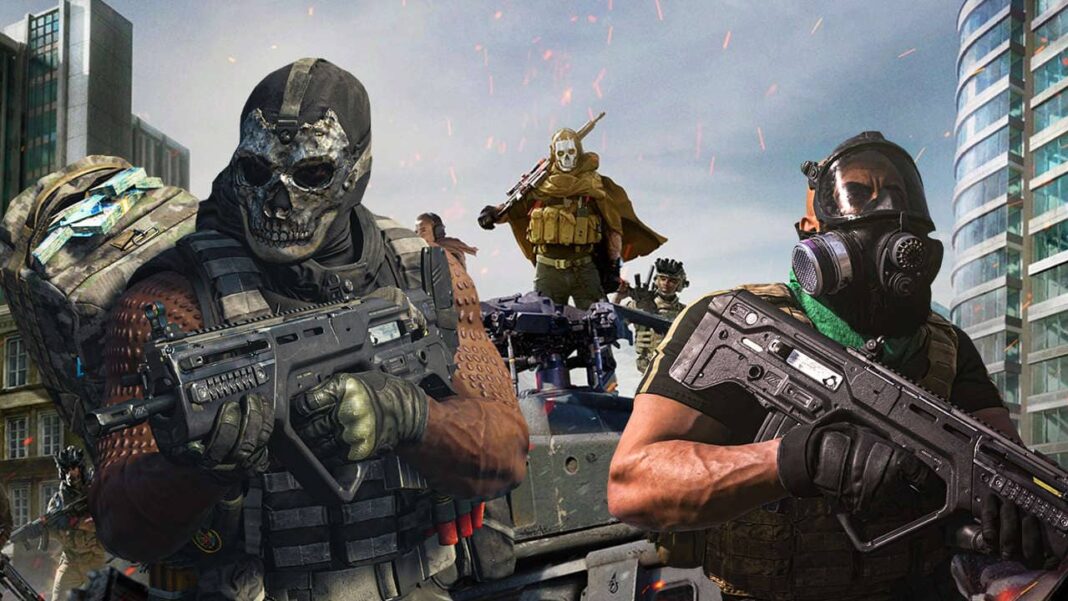 Call of Duty: Warzone world records for most kills

Call of Duty: Warzone integrating Modern Warfare and Black Ops Cold War, while the battle royale’s world records continue to get shattered by top players around the world. Here are the current world records for most kills in a game, with different categories.

Warzone has risen in the gaming world, along with the big money earned in major tournaments or Twitch streams. World records for kills have taken center stage as well.

As lots of new guns overtook Verdansk following the Cold War integration back in December 2020, most of these world records also changed.

There are rules for those Warzone world records to count. First, there must be video evidence for all records, images of the final scoreboard is not enough. Second, any record that has been recorded on very low-level “smurf” accounts to play against easier opponents is not counted towards records. Any videos that do not show the levels of the players will also not be counted. Any records set in any LTM or event modes also do not count, yet we added a category for event modes in this list. If two teams or players hold the same record, whoever got their record first will take the title of their records.

He used heavy-hitting CR-56 AMAX rifle and hip-fire focused MAC-10 loadout to storm out his lobby by using UAVs and Advanced UAVs, killing every prone camper he found in buildings within Verdansk. He used a different MAC-10 build instead of typical builds. With Laser and Wire Stock, he is fully unloading his gun from the hip and secures his kills quickly.

Warzone Duos World Record
From July 2020 all the way through until January 2021, ItsDerekMay and LIAM held the Duos kill record. Their 76 kill game had them leading the record until a 14-year old player beat it.

Portuguese streamer Nistaf carried his dad BabaYuki to a whopping 79 kill win on January 5. He dealt over 17.000 damage and got 61 kills all by himself.

Warzone Trios World Record
Several months after breaking the Trios record a first time, Facebook streamers Dizi and xDaltt have doubled up and shattered their own record, but this time with DonLucky instead of xSebas. Originally, Dizi, Daltt and Sebas set a strong record of 110 kills with 46, 35 and 29 kills in order, respectively.

With pre-nerfed Diamattis and DMRs, these guys destroyed the lobbies they are in. DonLucky led the group in damage with a shocking 14,222, hitting an impressive total of 42 kills. Daltt, meanwhile, killed 43 and Dizi totaled 44. These guys are officially running the Trios world record game.

Warzone Quads (150) World Record
A group of upcoming Warzone streamers broke the Quads World Record with 143 kills, after it stood tall for nearly eight months. Just after two months, the record has been absolutely shattered. ScummN, who set the former record, paired with Newbz to face against Aydan and Almond in a 2v2 wager.

By the end of that wager, though, Aydan and Almond had each racked up 40-plus kills, the opposite pairing each with 30-plus. Which became clear that this was a record breaking performance. By the end of the match, the squad was thanking the lobby gods for putting them in a bronze lobby that they can destroy. Eventually the new record became apparent: 162 kills, more than the amount of players who initially dropped onto the battlefield.

Warzone Solo vs Duos World Record
For three consecutive records, it was former Call of Duty League substitute Charlie ‘MuTeX’ Saouma who dominated Solos vs Duos. But that changed on December 30, as the Jordan ‘HusKerrs’ Thomas got his second current record by flying past MuTeX’s former record of 50 kills with an insane 54 kills.

Numerous world records have been broken since the Black Ops Cold War integration changed the Warzone meta hugely and this match was no exception, as HusKerrs used the ranged DMR and close-quarters MAC-10 for absolute lobby demolition. He later said on stream that the “solos duos game made his whole day.”

Warzone Solo vs Trios World Record
Going up against squads of three players all by yourself can be a hard job on Verdansk without any teammates to help him out or back him up, but that’s exactly what HusKerrs did with incredible success. HusKerrs got 50 eliminations, earning another mention in the all-time Warzone world records.

Warzone Solo vs Quads (150) World Record
Racking up kills as a solo in Quads is a huge feat, but Aydan made history by hitting 60 kills, including a final 1v1 against a Juggernaut to grab his victory. While Stikinson had set what felt like an insurmountable record with 57 kills while solo on September 15, Aydan took that record with bringing his Kilo-141 and R9-0 shotgun to Verdansk and eliminated the lobby.

Warzone Duos vs Trios World Record
The DMR/Mac-10 meta that’s dominated Warzone since the Black Ops Cold War integration has now resulted in another record being broken: Duos vs Trios.

The pair of GhanimeGaming and The Modz put together 90 eliminations on January 10 with himself getting 54 kills alone, a total very few have reached regardless of the mode. The duo beat the previous record holders xUnRationaL and aHTracT by 4 kills.

Warzone Duos vs Quads (150) World Record
On January 10, SuperEvan and Newbz capped off a couple months of big tournament victories with an absurd 107 kills on Verdansk. Which is 22 kills higher than the former record set by xUnRationaL and Stukawaki. With the DMR and MAC-10 in hand, the two streamers and competitors were gifted a beautiful lobby and capitalized by piling on the kills.

Warzone Trios vs Quads (150) Record
Set by three of the best Warzone players around, Aydan, HusKerrs, and ZLaner managed to rack 109 kills in a single lobby. The record was set during the Toronto Ultra $100k Payout Holiday Feast tournament which the trio ended up winning as the world record follows.

Every single member of the squad pulled their weight and they smashed the previous record of 104 kills by five more kills. As Warzone kills records are constantly shifting, it’ll be interesting to see how long they can hold onto the top spot.

Warzone Trios vs Quads (200) Record
Dropping into the 200 player version of Quads, an insane kill-record was set by some of the biggest names on Twitch. Current Duos record holder Aydan put up another groundbreaking effort with FaZe Swagg and NICKMERCS. As a result, they tallied up 108 kills on July 5. Aydan stood out with a ridiculous 51 kills alone, while Swagg ended with 38 and NICKMERCS at 19.

The Season 3 Reloaded event brought Nakatomi Plaza to Warzone, with Rambo and John McClane causing havoc in Verdansk. While event modes aren’t considered for world record contention, these  incredible games are must see as they cause havoc in Verdansk.