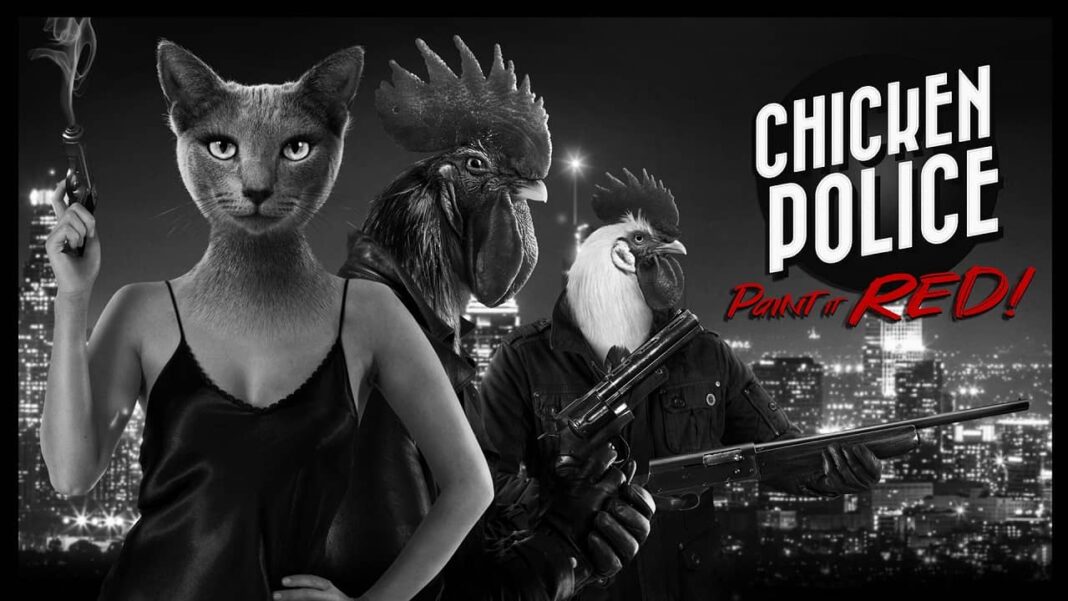 Chicken Police – Paint It Red! out now on iOS and Android

There is a genre that especially those who are interested in film history and love the dark, and that is “noir”. Darkness, murder, detectives and femme fatales are the most distinctive features of this genre. Here is “Chicken Police – Paint It Red!” by The Wild Gentlemen. It is a rich game that contains all of these features. The game, which was released as a computer game, was released on iOS and Android. Thus, mobile gamers will be able to enjoy the 1940s noir movie style.

Throughout the game, you question the characters in Clawville and try to solve the mystery. Scenes are mostly dialogue based. You can meet different characters in different places and find brand new clues. Apart from its mechanics, the stylistic game also amazes those who play with its music.

You can download Chicken Police – Paint It Red! on the App Store and on Google Play for a premium price of $8.99.