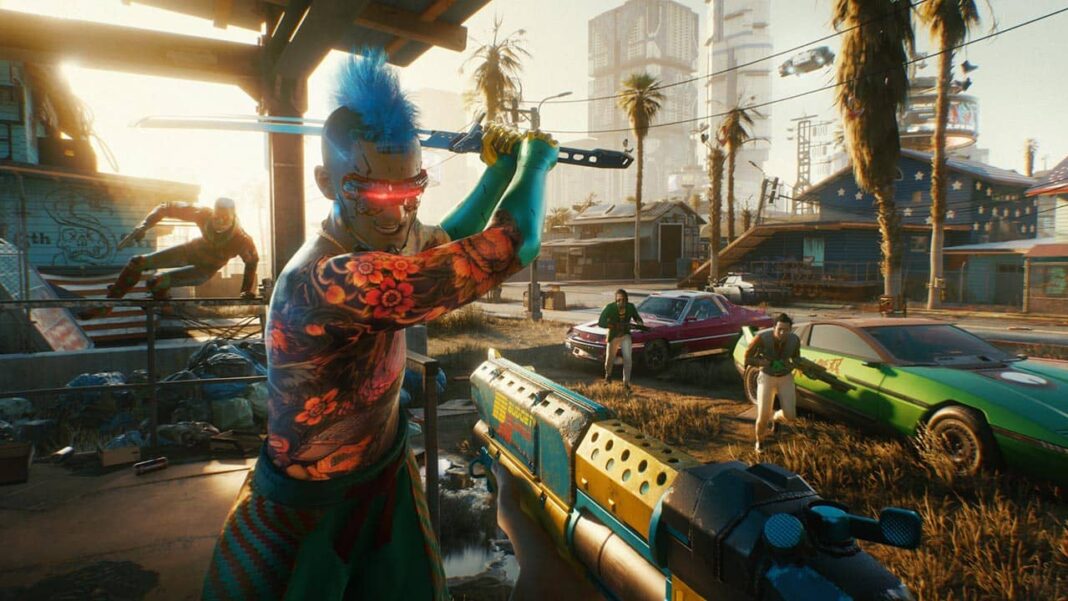 CD Projekt Red released patch 1.23 last week, following Cyberpunk 2077’s return to the PlayStation Store. Despite this, Sony hardly believes that CDPR may have fixed the game and warns gamers against installing the game on the base version of PlayStation 4.

Patch 1.23 applies to PC, consoles, and Stadia, but does not contain any additional PlayStation-specific changes. Following the patch, Digital Foundry retested Cyberpunk 2077 on PlayStation 4, PlayStation 4 Pro and PlayStation 5. The latest patch appears to improve playability on both PlayStation 4 console versions of the game, albeit to a limited extent.

According to testing, patch 1.23 fixes system menu crashes that often occur in the PlayStation version of the game. In addition, it seems that the game now mostly runs close to 30 FPS on PlayStation 4 and PlayStation 4 Pro. PlayStation 5, on the other hand, maintains 60 FPS, but in some difficult scenes it drops to 50 FPS.

While patch 1.23 did improve some of the FPS problems, it did not fix the streaming issues. On PS4 and PS4 Pro, objects, NPCs and enemies in Cyberpunk 2077 appear suddenly on the screen. These pop-in problems in the game still seem very annoying. Also, on both versions of PlayStation 4, the NPCs in the game appear as low-quality polygonal models.

All in all, while CDPR’s effort to fix Cyberpunk 2077 on older consoles is admirable, AMD’s Jaguar cores on PS4 and PS4 Pro could be a barrier to smoother gameplay.

You can access the detailed notes of patch 1.23 released by CDPR here.