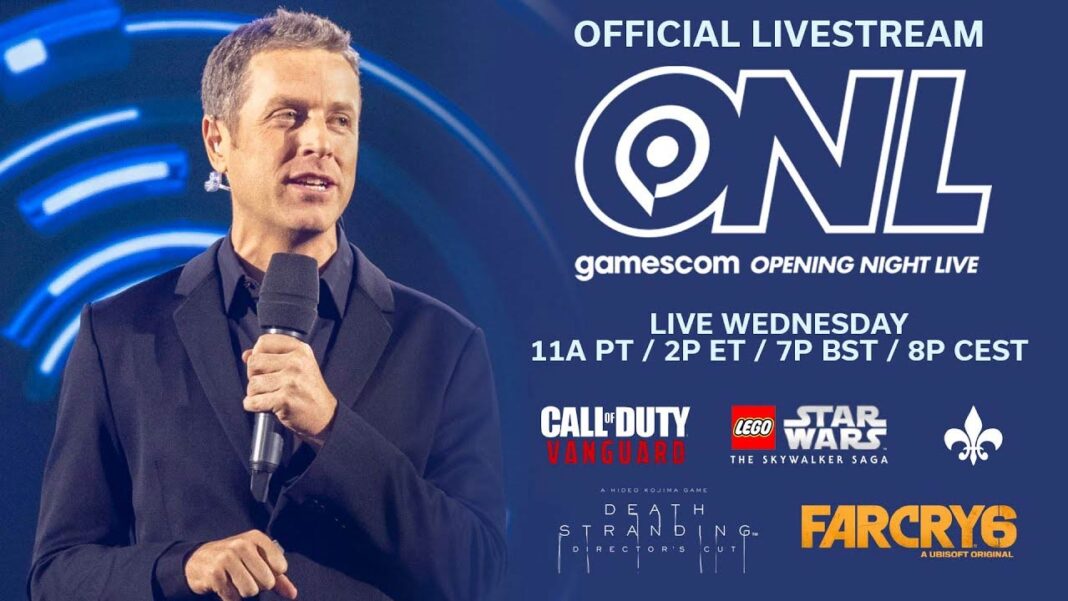 Gamescom: Opening Night Live 2021 finally happened with many anticipated games and titles. Here is a quick recap of what has been showed during the Live show this year.

Saints Row Reboot trailer globally announced in Gamescom: Opening Night Live 2021. The trailer and its website has been teased days ago by the game’s host. Cinematic game trailer allowed us to take a close look at the characters for the first time, and enemies. The characters are going to a wild ride to create their own criminal empire. The actor Bryce Charles who plays in the game says it’s all about earning your own success.

There are three main gangs on the game; we will see one of them in the trailer. They are all different from each other. As you can guess, we need to defeat all three of these gangs in the game.

There is also a 16 seconds long gameplay trailer that shows a little bit of everything from the game. The game will be out on 25st of February 2022 and you can pre-order it now.

Game companies knowing Marvel fans will give all their money to a game that includes ‘Marvel’ in the title, we see another not-so-unique super hero game called Marvel Midnight Suns. It will come out in March 2022 and developed by Firaxis Games. Also the world gameplay debut will be on September 1st at 11.30 AM PT.

Jae Solomon, the Creative Director of Firaxis Games revealed that the character that has been resurrected in the trailer is Hunter and it has been designed by the company with Marvel. Midnights Suns is a tactics RPG game.

The most anticipated title of the show is probably Call of Duty: Vanguard. Many players have been waiting for the show to see the gameplay trailer.

Call of Duty: Vanguard will be released on 5th of November as leakers have already spread on internet. This weekend PlayStation alpha will be live in champion hill mode. Vanguard is described as a totally new take on WW2. WW2 had huge battles and battlefields, and it will be the same for Vanguard, too. But this time the game will be evolving around real people who fought in World War 2. So characters are diverse people from all around the globe. Call of Duty: Vanguard will be telling the stories of people who were in original Special Forces during the war, the birth of Special Forces.

There will be 20 maps where players can play with their favourite agents, including Polina, one of the deadliest snipers in history. The gameplay footage that has been shown in the show was a part of the Polina’s story. The game starts with Polina and her team on their first special forces mission going in to Berlin right at the end of the war.

The gameplay footage shown in the Opening Night Live was captured in game engine. Here is the gameplay video, enjoy:

Halo Infinite has confirmed that the game will be releasing on December 8. Also if you are interested in collecting LE games, Limited Edition Halo Infinite Xbox Series X pre-orders are live now.

Cult of the Lamb

Devolver Digital and developer Massive Monster‘s roguelike game Cult of Lamb, as you may guess from its name, revolves around a sheep, which is also a cult leader.  The game is going to be released in 2022 but the exact date hasn’t been announced yet.

Teenage Mutant Ninja Turtles: Shredder’s Revenge is coming to PC and Nintendo Switch in 2022. In Gamescom: Opening Night Live 2021, we got to see a new playable character. It is a 2D pixelart game that brings back old memories.

PlayStation brings another anime title to game world with Kimetsu no Yaiba. Demon Slayer: The Hinokami Chronicles recaps the events from anime, including Tanjiro and Rui’s battle.

New character and 12 of the party games arriving with the game have been showed during Super Monkey Ball: Banana Mania’s appearance on Gamescom.

Slipgate is a portal shooter game and you can go and try it with its Season 0.

It has been announced that Riders Republic beta is extended until August 28. If you want to try the game out, it’s available on PS5, PS4, Xbox One, Xbox Series X, and PC.

Horror game franchise Outlast’s new co-op game Trials’ first gameplay trailer has been aired during show. The game will be launching in 2022. Again, we have that asylum with cold colors, everything covered in blood, abominations coming out of everywhere. “Thank you for the volunteering for the therapy.” summarizes the whole game I believe. Here, you can watch the trailer:

Early access for Blood Hunt will be available on September 7 at Steam.

Marvel Future Revolution was the second game to have Marvel title.  We don’t have a exact release date for it.

With its distinctive 2D style, action-player game Replaced takes place on a dystopian alternative take on ’80s America. The game is planned to be released in 2022.

Many players wondered the release date for long-awaited Valheim: Hearth and Home. It is confirmed that the game will be released on September 16.

Genshin Impact showed some gameplay footage including its latest playable character Aloy. We got to see her abilities and bow.

Kojima shared a long trailer showing upgrades and additions for the Director’s Cut.