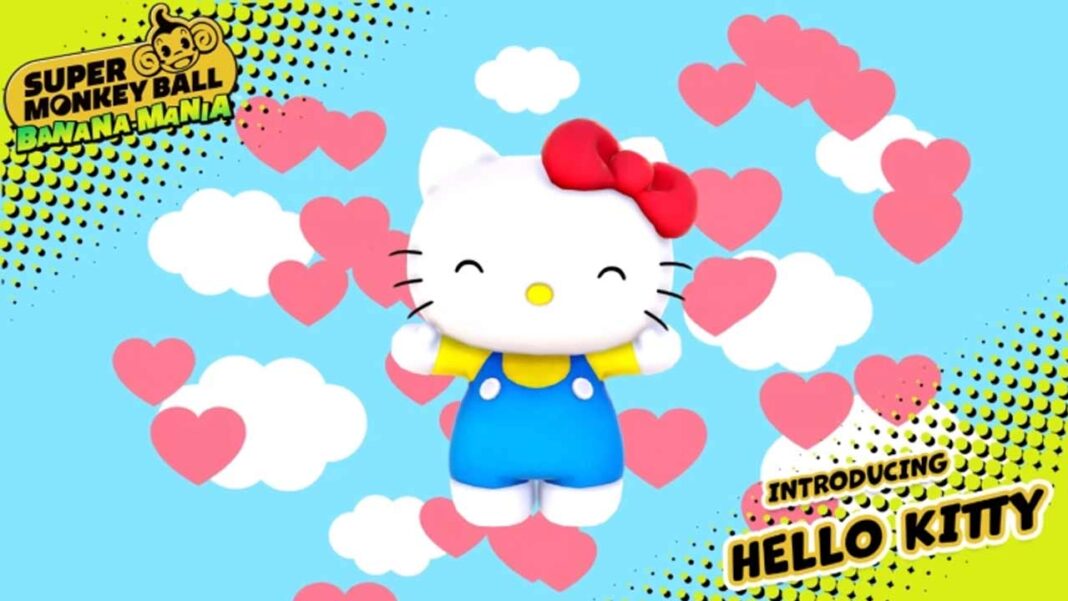 Hello Kitty will be a DLC character for Super Monkey Ball

Unlockable characters have so far included popular Sega characters; These were Sonic, Beat, Kazuma Kiriyu, and Morgana from Persona 5. Hello Kitty will not only be a guest character, but will also come as a paid DLC.

You can find the announcement trailer below.

You can find the detailed story of the game on Steam link.

Roll through wondrous worlds with AiAi and friends as you race to stop monkey mad scientist Dr. Bad-Boon from blowing up Jungle Island! Join the all-star monkey team of AiAi, MeeMee, GonGon, Baby, YanYan and Doctor as you bounce, tilt, and roll your way across hundreds of delightfully crafted levels and mazes. It’s monkey business for the gang as you take down Dr. Bad-Boon and steal back your beloved bananas!

Challenge your friends as you compete for the top banana on the online leaderboards!

Immerse yourself in the Super Monkey Ball world with creative comic-book-style storytelling in Story Mode.

Want to be the coolest monkey on the block? Customize your character and Super Monkey Ball to make it your own!