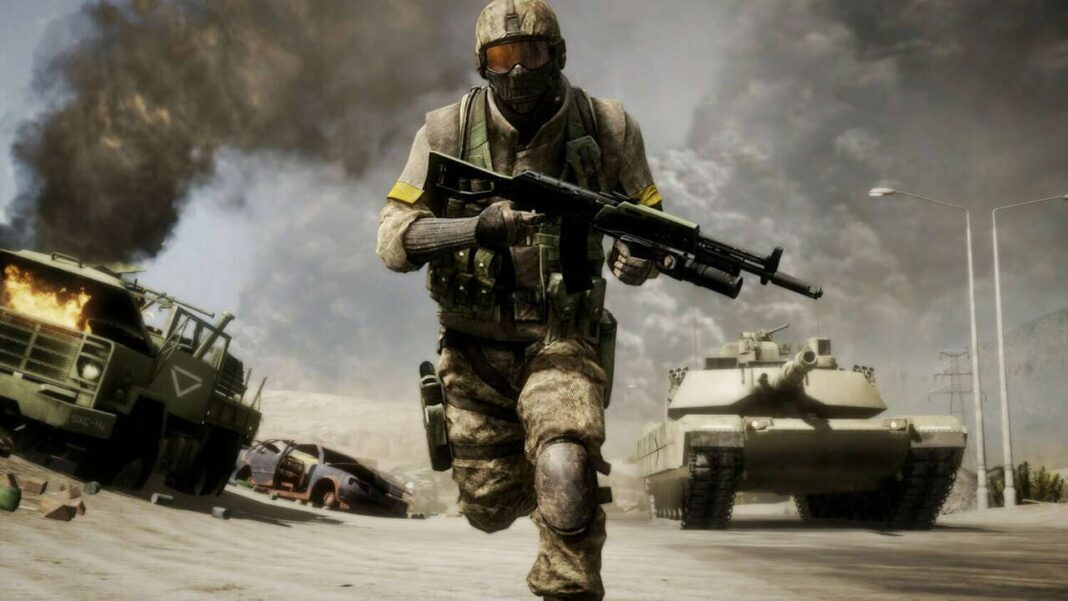 Battlefield 2042 is going to launch without a ranked mode, but this might always come later if players want it. Ripple Effect Studios’ senior design director Justin Wiebe confirmed this detail in a video interview. Also noted in that interview, players can use the creation tools available in Battlefield Portal to make esports-focused maps and modes, then asked Wiebe if the developers planned to directly support that kind of effort for ranked mode.

“Yeah, so there’s no plan to have any kind of ranked or esport mode at launch,” Wiebe answered. “This is something that obviously we want to hear more about from the community, if that’s something that’s important to the community we’d like to hear about it. And we’ll kind of see what happens after that.”

You’ll be able to use Battlefield Portal to make all kinds of things: A mode where futuristic soldiers  against a legion of World War 2 grunts. Jeep vs helicopter races, even your own take on what Battlefield: Bad Company 3 would have been if the world was ready for it. While it sounds like there won’t be anything keeping you from creating your own esports-centered, ranked experience, DICE doesn’t have any plans to reach out and support them. There will be no formal ranked support, at least not at first.

Battlefield games haven’t focused on dedicated competitive modes in the past, so this was expected. Even without ranked mode, EA and DICE seem to have big post-launch plans for Battlefield 2042, with reports hinting at the new characters, maps, and more coming to the game thanks to seasonal updates. And even before launch, you’ll be able to head to load up and roll out in the Battlefield 2042 open beta which is set to go live in September. This early access is only for users who have pre-ordered the game.