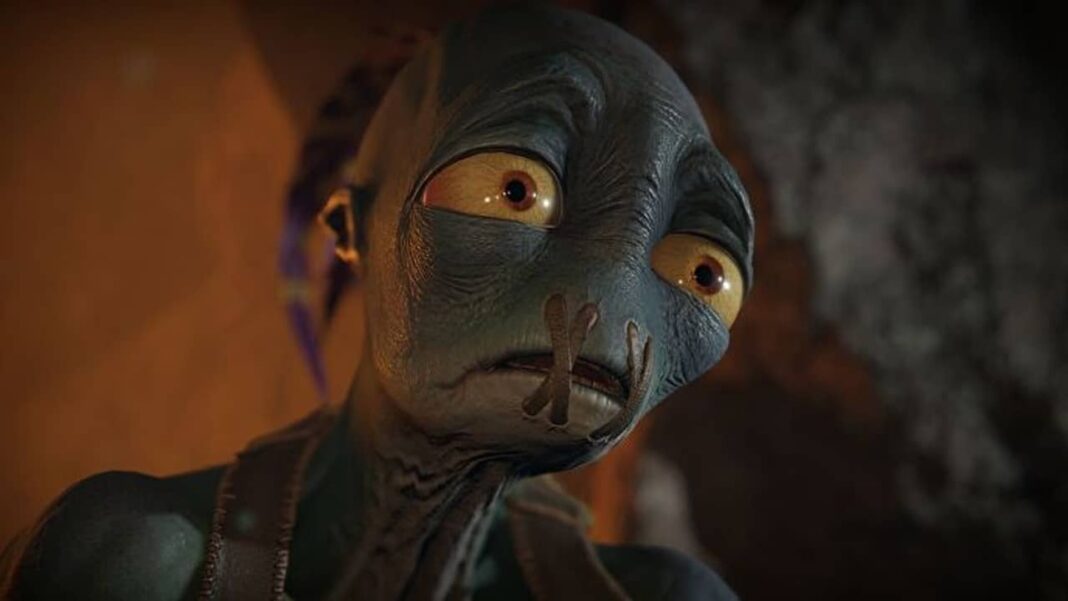 Oddworld: Soulstorm is coming for Xbox

Oddworld: Soulstorm is heading to Xbox Series X/S and Xbox One after the PC and PlayStation launch earlier this year.

In a 25 second teaser posted by the developers, we see Abe as he unwraps a glowing item in his hands, with his trademark bug eyes expressing shock. “They’ve always known you would come,” says a voice as that familiar green glow of the Xbox branding bathes his face in light. You can find that trailer below:

There’s still no word on when the Xbox version of the game is going to launch, but it’s in development right now and if the studio is happy to share the news that it’s coming to Microsoft platforms, it’s safe to assume that we won’t be waiting too long to see it land.

In the action-adventure platformer title, Abe returns to carry on the story that kicked off in 2014’s Oddworld: New ‘N’ Tasty.  Freed from being a capitalist drone in a “clueless cog in a mega-corporate machine,” Abe is now a savior of the Mudokons. Applying his stealth and puzzle-solving skills to gain followers, Abe needs to think smarter in order to scavenge goods and craft weapons to liberate his fellow creatures.

Oddworld: Soulstorm is the second game in the series and makes use of a 2.9D setup that shows off “epic environments with massive scale to explore by going into the world, rather than being limited to the traditional side-scrolling platformer sense”.