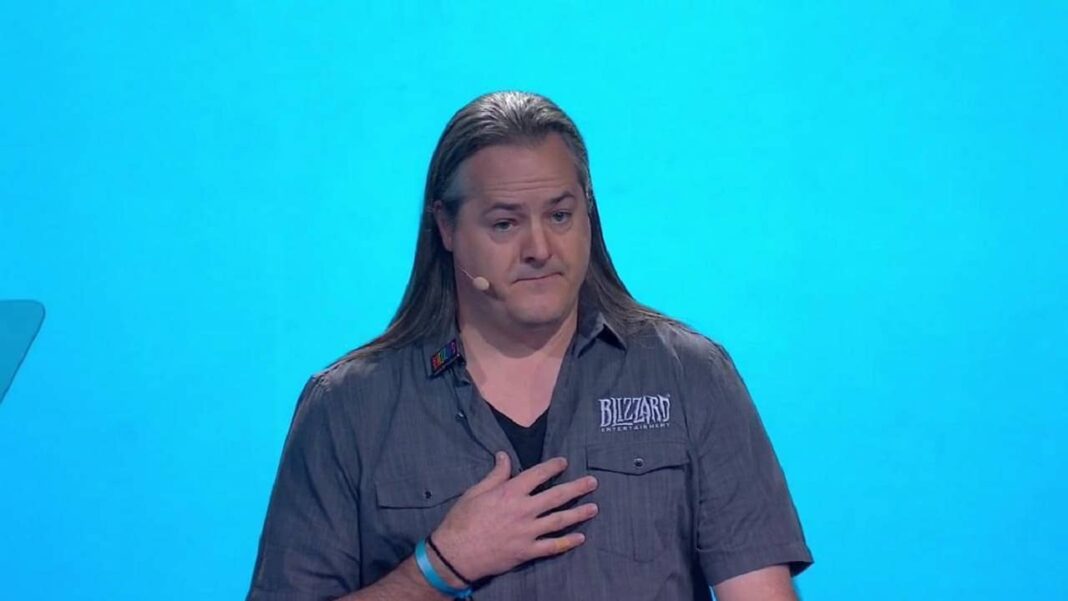 Blizzard’s president is out following the lawsuit

Activision Blizzard has announced the departure of their president J. Allen Brack “in order to pursue new opportunities.”

After getting accused of ignoring complaints about harrasment and discrimination in a lawsuit at the Los Angeles Superior Court, the former president of Blizzard has resigned from his position. Replacing him will be former head of Vicarious Visions, and executive vice president of development at Blizzard Jen Oneal, and former vice president and general menager Mike Ybarra.

“Jen and Mike will share responsibility for development and operational accountability for the company,

Both are leaders of great character and integrity and are deeply committed to ensuring our workplace is the most inspired, welcoming environment for creative excellence and to upholding our highest game development standards.

With their many years of industry experience and deep commitment to integrity and inclusivity, I am certain Jen and Mike will lead Blizzard with care, compassion and a dedication to excellence.”

After one of the few Activision Blizzard employees referred his name in last months lawsuit, J. Allen Brack faced some serious accusations like failing to handle sexual harrasment and discrimination against female employees.

The suit states: “Numerous complaints about unlawful harassment, discrimination and retaliation were made to Defendants’ human resources personnel and executives, including to Blizzard Enterntainment’s president J. Allen Brack. But, Defendants failed to take effective remedial measures in response to these complaints.”

Today’s announcement is a positive move for Activision Blizzard. If they want their name to get clear, they need to do more positive moves like this.