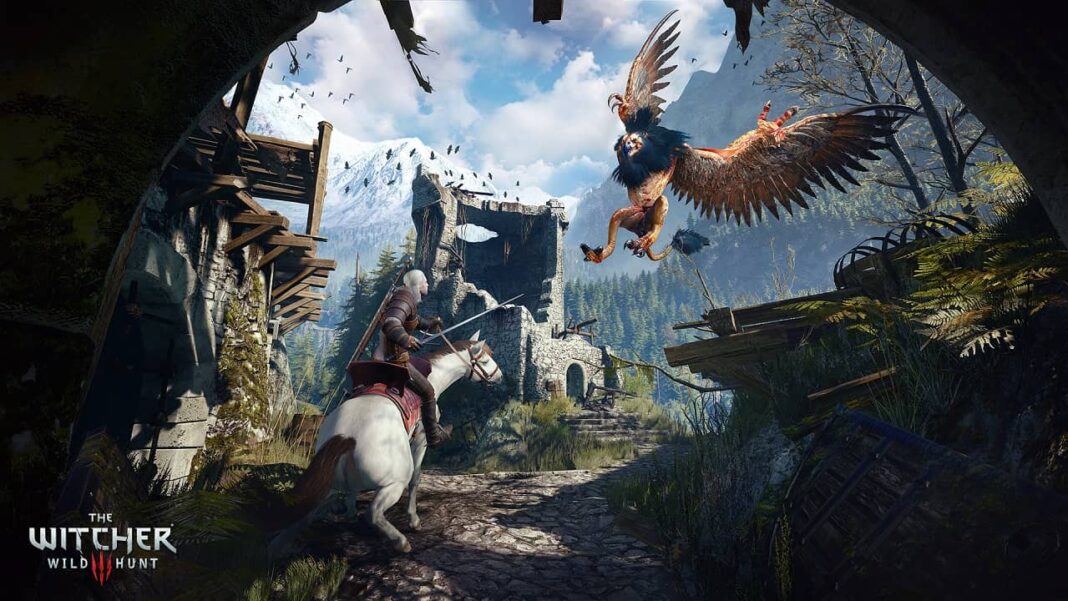 Big news of today’s WitcherCon event is mostly centered around the TV show. But there’s some new updates and details about the game series. For the beginning, there’s no confirmation of The Witcher 4 in sight, but CD Projekt Red did give an update about The Witcher 3. The studio stated that the next-gen update for The Witcher 3: Wild Hunt will be out before this year ends.

That’s as specific as CD Projekt Red was able to reveal about this update today, but it’s nice to have confirmation that the update is on the way after all the struggles the company suffered. They announced this news via Twitter after the announcement. CD Projekt Red also said that the next-gen update for The Witcher 3: Wild Hunt will have some new item DLC’s based on The Witcher TV series.

The tweet also reveals the cover art for The Witcher 3‘s next-gen update, which can probably best be described as “The Witcher 3‘s original box art but better looking.” The next-gen update will be coming to Xbox Series X|S, PlayStation 5, and PC. There’s not much information about this update but CD Projekt Red revealed some key details about it when it was first announced last September.

CD Projekt Red says that this update will offer ray tracing and faster load times, which were both pretty much a given considering that both ray tracing and improved load times are key supported features on Xbox Series X and PlayStation 5. The studio also says that this new version of the game will be available as a standalone purchase on Xbox Series X and PS5, though it’ll also be available for free to those who already own the game on Xbox One, PS4, and PC.

After all, it sounds like a pretty solid upgrade for those who are looking to make another run of The Witcher 3.