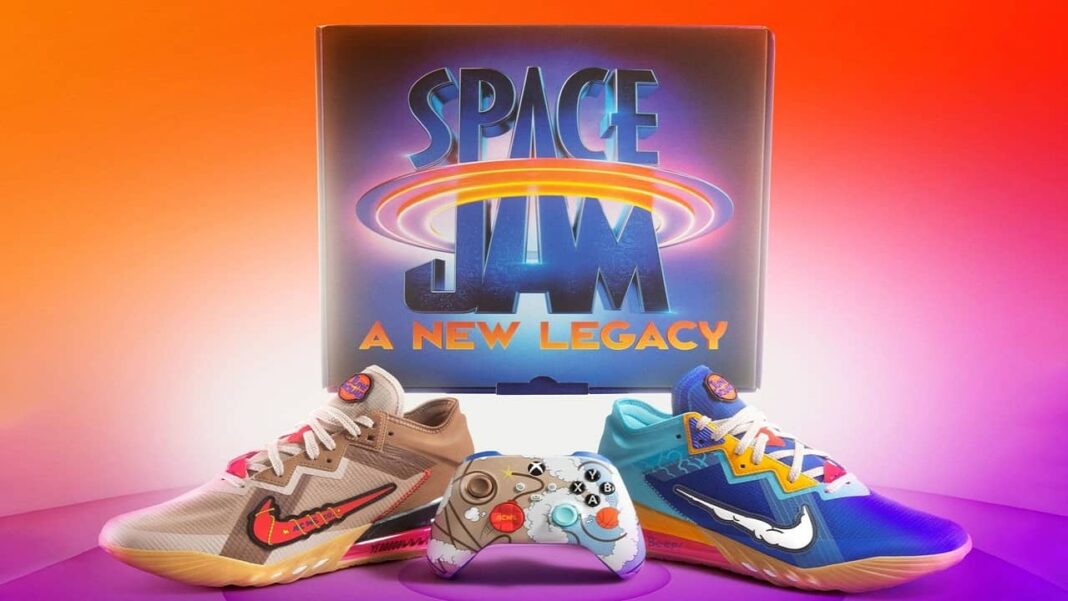 Xbox Principal Designer Elliott Hsu talked about this bundle: “The controller brings elements of each shoe together and is the aftermath of a Wile E. Coyote and Road Runner encounter.

For the lucky ones that get the product collection, they’ll be able to see up-close the chaotic scene with dust clouds of the Road Runner settling as he speeds across the controller and the many cobbled contraptions of Wile E Coyote’s foiled attempts. The controller seamlessly blends the relationship between the shoes and characters, completing the story while living up to the unique expression of the LeBron 18 Lows.

We also made sure all details on the controller hinted to details on the LeBron 18 Lows. The Road Runner vs. Wile E. Coyote Xbox Wireless Controller has a textured grip and a hybrid D-pad—which perfectly integrates the iconic ACME logo. On the sides of the controller, fans will notice the memorable phrases of “Yeeow!” and “Beep! Beep!” highlighting the physical humor of the Wile E. and Road Runner.”