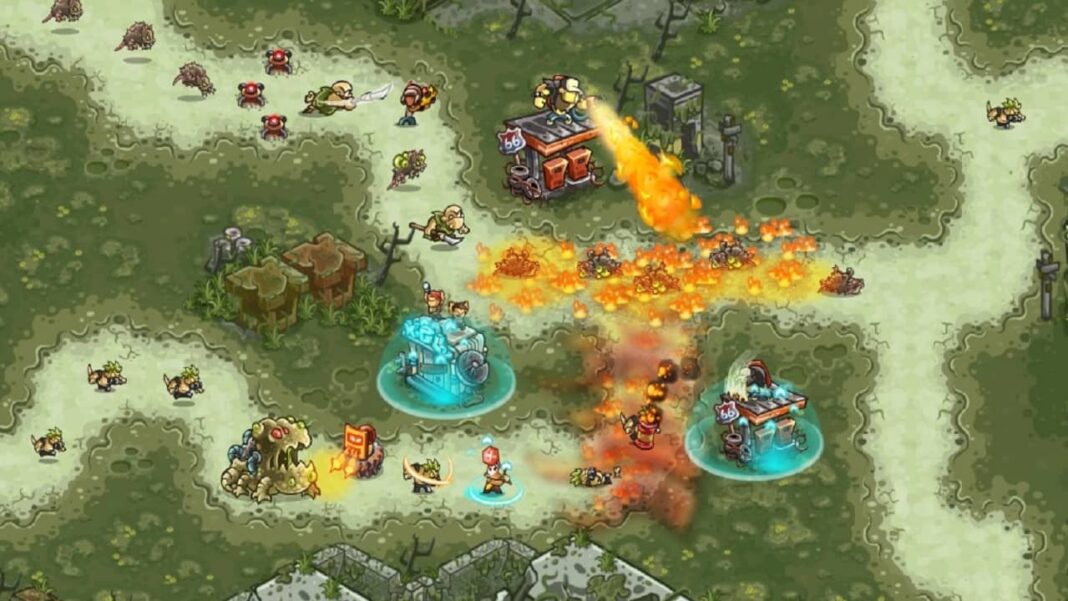 JUNKWORLD is coming to Android and iOS

A brand new tower defense game called JUNKWORLD is coming to Android and iOS. Ironhide Game Studio, the developer of the Kingdom Rush series and Iron Marines, is behind this new game, which will be free to play with in-app purchases. The soft launch of the game will be soon in Australia, Canada, New Zealand, United Kingdom and Uruguay.

JUNKWORLD takes place in a post-apocalyptic world where players will have to take on a brutal army called The Order. In the game where the danger will not be limited to this brutal army, players will also have to fight sand bandits and a batch of vicious mutated monsters.

In this fast-paced and action-packed tower defense game where players can freely place their defense towers on the map, you will be able to upgrade the defense towers and become even stronger on the battleground.

The game will feature 11 towers with various abilities, and some of these towers will have familiar defense styles such as snipers and flamethrowers. Of course, among these defense towers will be interesting abilities that turn enemies into sheep. In addition to the towers, players will be able to apply nine different tactics in the game. These tactics will include effective options such as mines, gas canisters, a fighter in trashcan armor, and transforming helicopters that can throw bombs. There will also be quests and daily challenges in the game that will allow players to earn useful rewards.

JUNKWORLD, which we expect to include more content in future updates, is currently available for pre-registration on Google Play Store and will come to the App Store in the coming days.