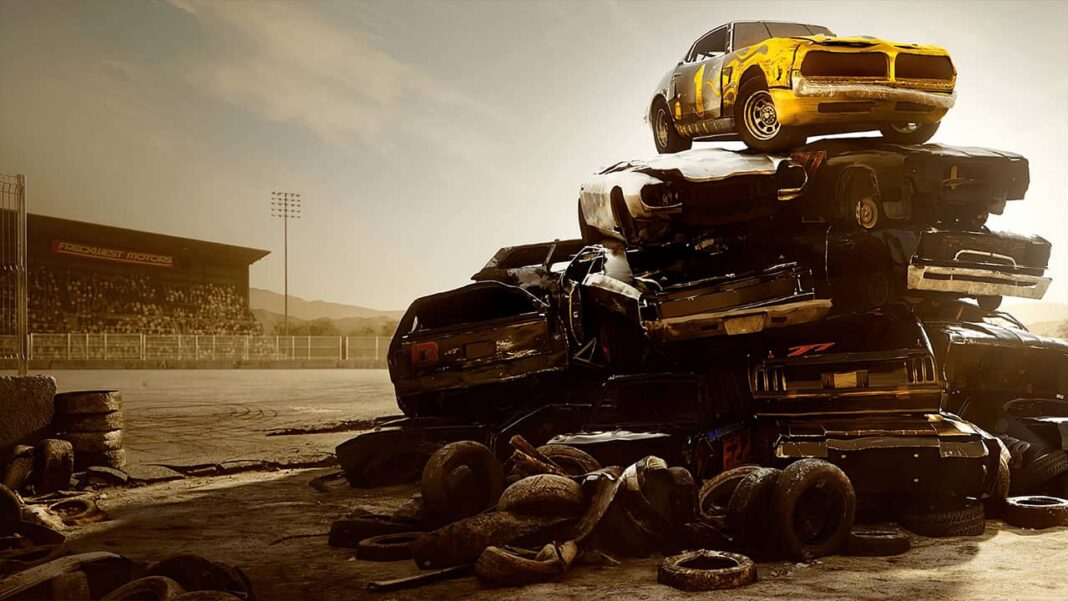 Wreckfest is out now on Xbox Series X and PlayStation 5

Well, Wreckfest is indeed coming to Xbox Series S and X and will also be available on June 1st, offering the same features as the PlayStation 5 version.

June will bring a new tournament for all Wreckfest-owners: Wrecking Madness. And the new track “Wrecking Grounds” is sheer madness as well, it’s a physics playground where cars will get shattered and torn apart like never before with devious machinery like giant shredders, presses, and ventilators to smash, crush, pound, smack, slam, and batter all vehicles that get too close. Additionally, new monthly and weekly challenges are offering cool rewards, such as the modified Speedbird GT car. Good luck, drivers!