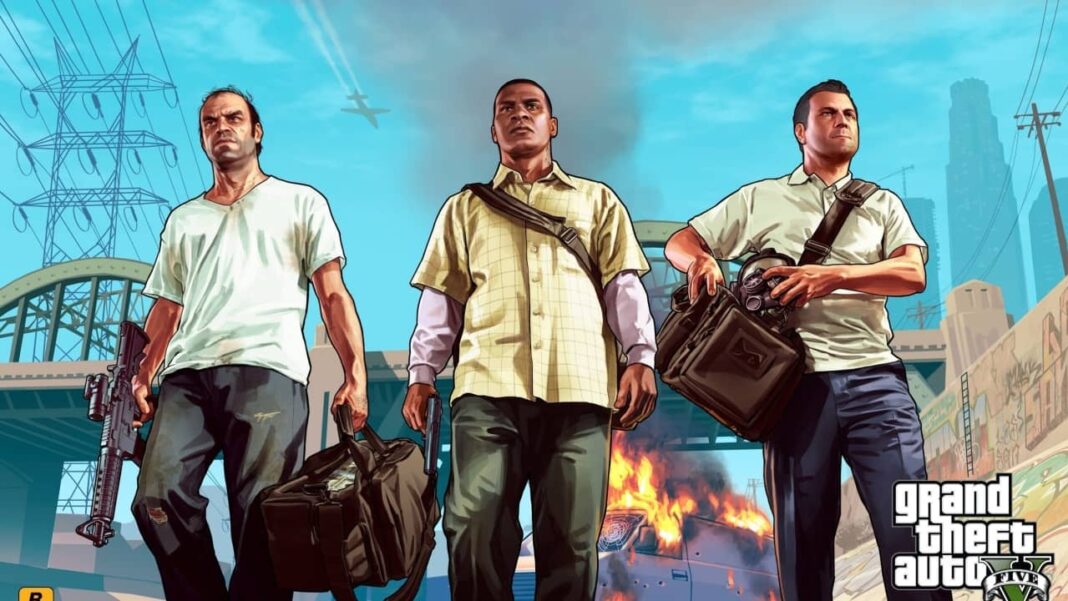 While we are definitely familiar with the video game events already, some of them really distinguish themselves with their absolutely insane nature. Such things always appear when you expect them the least, while you are roaming around off-guard. Some of them can even be pretty irrelevant with the actual game itself, yet they still manage to turn heads.

It could be literally batshit-crazy or very impactful to everyone witnessing them, we bring you the list of 8 dazzlingly insane video game events in history.

Pretty much a gold mine for all sorts of madness, Fallout series deserves to have a place on this list for sure. All old-school gamers have very rich memories with this legendary post-apocalyptic RPG series, and there are tons of great reasons for it. While Fallout 1&2 being a masterpiece duo is the most obvious reason among all, its mind-breakingly insane random encounters could be considered a runner-up in this race.

Fallout 1&2 were built as tile-based worlds, meaning that your character would be moving around the world by one grid square at a time. Traveling through Wasteland, some of those grids had surprises for the player. Those surprises could either be an original side story piece, or sometimes a truly bizarre experience. In Fallout 2, one of those experiences include a group of “exploding Brahmins”. When game loads with the aforementioned tile, you just see a group of Brahmins (basically two-headed cows) that walks towards the player and explodes in melee range in a shower of gore.

This encounter is apparently a reference to a previous one in Fallout 1 where a group of cows actually spoke with human voices. That escalated pretty quick, I guess.

Coming out from Rockstar, of course we were not expecting a plain and simple game without any weird stuff, right? Red Dead Redemption 2 has a lot of interesting or even strange encounters throughout the game, but one of them was really worth mentioning.

During the long travels, Arthur Morgan also needs some rest like everyone else. In such cases, you settle down for a short while and set up a small, cozy camp. If there are other wanderers around, this becomes a time of nice talk in which you share the stories. Whiskey optional.

But when you are sitting near the campfire on your own, occasionally a stranger may come up and ask if you mind someone sitting with you for a short while. You can surely let the stranger sit down and rest with you, as it is a peaceful offer. But guess what, next thing you see is the stranger suddenly pulling out a gun and trying to rob you! Rockstar actually made it a great way to remind players that once thought as safe, campfires may not be that safe like you imagined. Well-played Rockstar.

6. Meeting A Metal Slime (And Beating It) – Dragon Quest Franchise

Slime is the most famous enemy of entire Dragon Quest franchise, despite its humble and cute appearance. Regardless of how dangerous it may get, people still love it for the yummy being it is. It also smiles like sunshine, doesn’t it?

Then comes the Metal Slime.

Name sounds goofy already, as you may think at first “how a metal can be slimy”. While scientifically we may consider quicksilver to be the only metal in liquid form, thus being a potential candidate to form up a slime, but the issue is that there are two news for the moment you encounter it. Yes, one good and one bad news.

Bad news is, it is crazy difficult to beat. Good news is, it gives you so much experience that you either jump to next level or fill a huge part of your progress bar. That is, if you somehow manage to beat it of course. There is also a small problem with this mound of metallic sludge.

It runs away after a few rounds. Good luck.

Well well, here is the one game most of you expect right off the bat, right? Told you just above, Rockstar is rightfully famous for bringing up the insanity in form of video games. Grand Theft Auto series is easily one of the most notorious title in the video games history for putting players into pretty weird scenarios and encounters.

May it be Trevor Phillips that is literally a beacon of disgust or Nico Bellic to make you re-question your ethical stance, there is one thing for sure – story is totally yours.

But of course, one does not just fall into insanity on one’s own. Grand Theft Auto throws tons of random small encounters into player’s way to provide sufficient tools to let stories come out with a small “incentive”.

From finding abandoned vehicles at the side of the road which leads to you being tasered, or waking up on a train track in naught but your underwear, through to finding a groom ditched on his wedding day and helping him get home, there will very rarely be a moment where you’re not doing something completely and utterly off the wall, meaning you’ll want to see them all.

4. Breakers And Bears Vs The World! – Days Gone

Days Gone is already a game of relatively extreme scenario with the classic zombie survival taste. To add some flavor, developers also sprinkled a series of special events and encounters to provide players with a non-linear storyline.

But after you think you start getting used to the usual flow, game surprises you with random event and enemy placement mechanics. This randomization can occasionally bring up really insane encounters which are very difficult to forget.

For example, how about you watch a zombified bear and a group of muggers fighting? This can happen at any point of the game and you will have the chance to watch the fight on front row seats.

If this does not sound enough, you should see Breakers. Earning their name to the last bit, they do what their name says. They break things, including your skull. There are some Breakers reported to survive through an entire horde of Freakers or destroy a whole human settlement. This sort of randomization brings us the very real essence of insanity in a video game event form.

PAYDAY 2 was released in 2013 but game still goes on despite the long time behind. This is especially owed to the DLCs brought. Such variety of content always keeps people coming back for another run.

This variety also can bring a certain amount of unexpected turn of events too. Even the most meticulously prepared of heist plans can just go to trash bin while you are executing the grand scheme.

From parties ending earlier than they should meaning NPC’s now roam the halls of the map and make stealth next to impossible, to being blackmailed by an unknown character requiring you to throw a bag of loot over the wall of a bank so that they won’t raise the alarm, just when you think you’ve got a handle on the situation, the whole thing can come crashing down around you.

But sometimes, you just have a lucky day and hit the jackpot.

In the level GO BANK, there is a 1% chance that the vault you’re trying to break into will actually start open as the bank is undergoing a vault inspection! This simply means that you are totally free to run in, smash and grab, get out and enjoy counting the dollar bills in mere minutes. Compared to usual warfare-like scenarios, this is something insane to see indeed.

2. Getting Eaten By Beavers – Rimworld

Do not be deceived by the cute appearance of Rimworld, and the harmless genre of “settlement building simulator”. The game is actually quite unforgiving as it makes survival the hardest matter among all. Your mettle will be tested with sickness, power issues, invasions, even some breakups between your settlers, but there is one thing you never want to see. Beavers.

One random event in Rimworld causes Alphabeavers spawning into the game world en masse. While it is not very alarming at first, but their in-game state proves you wrong. Their hunger bar depletes rapidly and they quickly begin devouring whatever they find. Whole forests can go down in a very short amount of time.

If you need more wood for your settlement, the show starts at the exact moment when one of your settlers attack one of the Alphabeavers. The thing is, this little beast can call all other friends to drive you off the place. If it would be only one or two of them, yes you can surely take care of it. But lots of them are definitely a no-no.

Valheim was received by gamers with a lot of love, we have to give the credit where it’s due. Theme of ancient myth combined with survival, and neverending secrets of the world keep players quite busy for a long time.

Many times people find themselves wandering around while gathering supplies, either fighting more enemies or meeting more NPCs around the world. This usually happens in a peaceful and relaxing fashion except combats, so you know that once you see a shrouded figure at night, things escalate a bit quickly.

While you progress through the world, you can occasionally notice a shrouded figure watching you at night time, distantly placed at first, and it puffs out in a blue smoke when you try to reach it. This caused players to hunt the secret behind it.

It turns out that, thanks to his description in legends, that this might in fact be Odin, one of the many Norse gods, but here of war and victory. He is described as travelling the realms cloaked in shadow, carrying a walking stick. It’s a brilliant moment that actually looks to empower the player, insinuating that your actions are worthy of even a Gods attention!