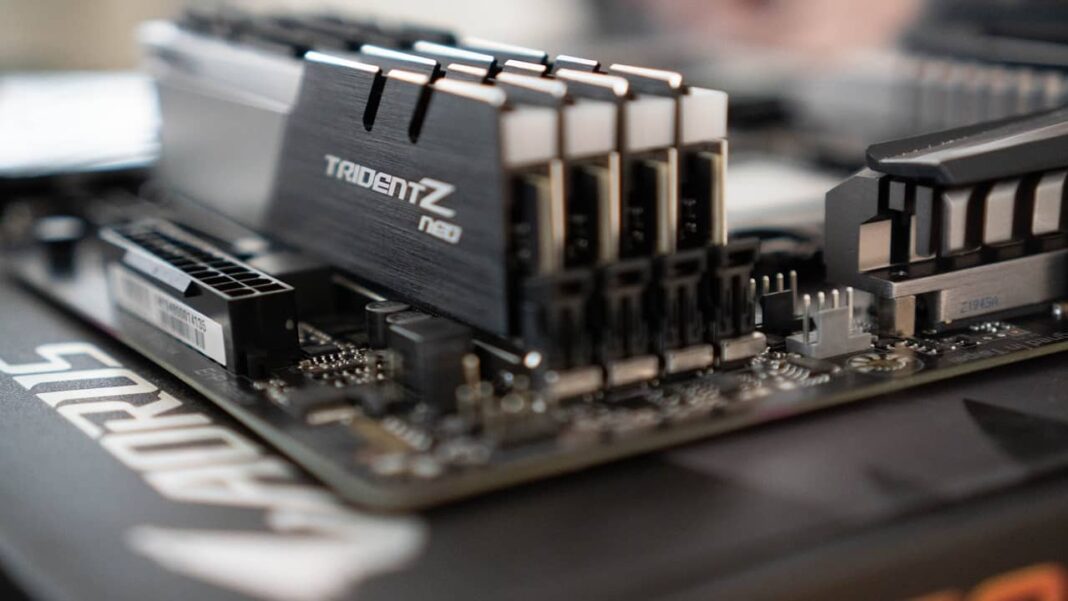 The idea of decoupled “Gear 1” and “Gear 2” memory offered by Intel with its 11th generation Rocket Lake processors brought with it the thoughts of the necessity of high-speed RAM in gaming computers.

With these developments, gamers began to wonder if they needed high speed memory for games.

The system test by PC GAMER’s Chris Szewczyk clarifies this (Previously, PC Gamer had tested with AMD’s Ryzen 5000 series and it was seen that DDR4-3600MHz memory had the most sensible price-performance balance).

The Intel Core i9-11900K in the test system was run at 5.0GHz at a constant rate so that changes in the memory subsystem can be seen more clearly and are not affected by turbo modes.

Gigabyte’s Aorus Tachyon motherboard used in the test system was the only Z590 that allowed the G.Skill DDR4-4000MHz Trident Z Royal kit to be tested at 4800MHz with stability, but voltage values not recommended for 24/7 use were reached. In addition, Team T-Force’s Xtreem ARGB DDR4-3600MHz kit was also included in the test.

On the other hand, let’s remind you that most of the DDR4-5000MHz kits that work optimised with Rocket Lake are Hynix and Micron. These memories are not very practical for overclocking and they are expensive.

Even Gigabyte Z590 Aorus Tachyon designed for OC didn’t boot as DDR4-4000MHz on Gear 1 and only booted at 3,733MHz under high voltage condition.

Four games were chosen for analysis. These games are Metro Exodus, Horizon Zero Dawn, F1 2020 and Civilization VI. In order to reflect the performance load to the CPU and memory subsystems instead of the GPU, RTX 3080 and 1080p resolution were preferred at low settings. In addition, 1080p and 4K resolutions were tested at maximum graphics settings to observe the performance of the memories in different scenarios.

Looking at the Gear 1 and Gear 2 result pairs of DDR-3200MHz and DDR4-3600MHz, it’s clear that Gear 1 gives better results. Therefore, in cases where Gear 1 can work, Gear 2 should be completely ignored.

Things get interesting when Gear 2 has to be used to reach DDR4-4000MHz and beyond. A quality 3600MHz kit with low timings on the Gear 1 makes more sense than upgrading to a faster kit at the expense of more. It’s up to the users to decide whether it’s worth spending more money for the 5% performance difference.

Besides, if there is a user using a more powerful graphics card such as the RTX 3090 at 1080p resolution, choosing a faster RAM may make a little more sense. Thus, in very high FPS scenarios, possible bottleneck problems are avoided.

Judging by all the test results, a good set of 3600MHz memory that you will use in the Gear 1 will offer good performance and low latency in many games. So unless you have an ultra-level PC or don’t expect a high-end overclock, you don’t need to spend more money for faster memory.

From another perspective, there is no reason to use memory slower than DDR4-3000MHz. If you already have a PC, your memories will not work badly with the Gear 1, but if you are building a new PC, you should prefer 3200MHz memory for the base value and 3600MHz memory for the price-performance balance.

In conclusion, this test by Szewczyk shows that very high memory speeds are unnecessary for the time being. At the same time, Szewczyk points out that the upcoming DDR5 memories may change performance balances and user expectations.