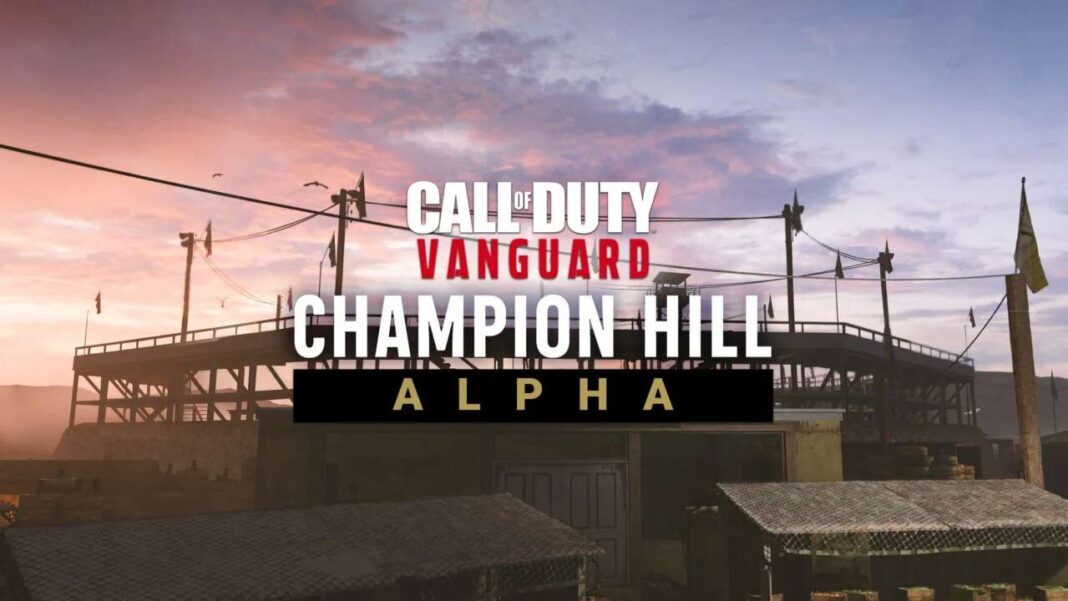 The alpha test is live until Sunday, August 29 at 10am PT / 6pm BST. PlayStation users will be able to participate in the alpha test by downloading it from the PlayStation Store and then booting it from either Warzone, Black Ops Cold War or Modern Warfare.

Champion Hill is a progression of the small squads multiplayer mode introduced with 2019’s Modern Warfare. And it’s now extended to a large map split into sections, with multiple teams battling to be the last squad standing.

Sledgehammer’s developer team explained: “In Champion Hill, your squad — either a Duo (2v2) or Trio (3v3) during the Alpha — will compete in a round-robin deathmatch tournament against other squads,” and adds, “Everyone starts with the same Loadout, and while it can be lethal, collecting Cash — earned by taking enemy lives and picking up drops scattered around the map — will allow you to upgrade your starting weapons and purchase new armaments, equipment, Perks, and Killstreaks during Buy Rounds that happen between Combat Rounds.”

Champion Hill takes place on one large map that splits up into four sections; the Airstrip, the Trainyard, the Market, and the Courtyard. Once players are eliminated, they can watch how the tournament ends from a spectator platform.

The Call of Duty: Vanguard alpha represents the first time the public will be able to try Vanguard before its release on November 5 and it includes the new destructive environments and customisable armaments.

Sledgehammer also confirmed their plans for a multi-platform multiplayer beta, which will take place beginning Friday, September 10 on PlayStation platforms, then beginning September 16 on other platforms for pre-order customers, and open to all from September 18.

Call of Duty Vanguard’s multiplayer mode is set to be shown in detail with a larger reveal on September 7.