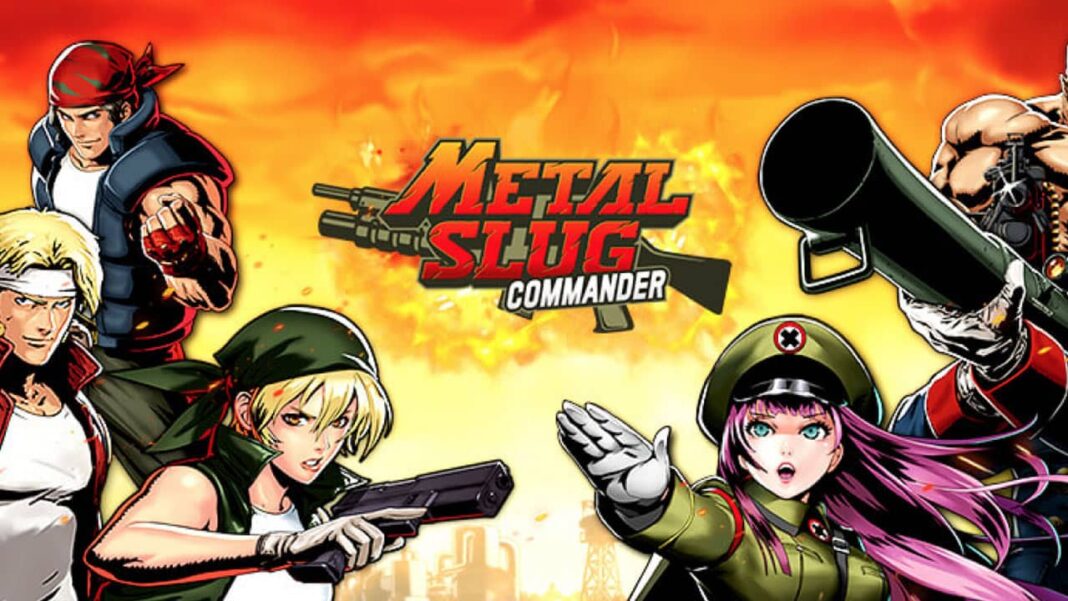 If you’ve played arcade games before, then you might have heard the Metal Slug series before. Now, the series got a new member Metal Slug: Commander.

Metal Slug is a game created way back in 1996. The gameplay was simply just run-and-gunning enemies and pickip up new weapons. Since then, the game has changed quite a lot with re-makes, spin-offs coming in.

In Metal Slug: Commander, Earth starts to heal up after the last space invader war. But peace lasted very little due to disagreements happening worldwide.

The gameplay is like playing a card game. Players need to assemble a group of 5 units with a goal of defeating your opponent. The image below can help you understand a little bit better.

Free-to-play Metal Slug: Commander is available for iOS and Android.