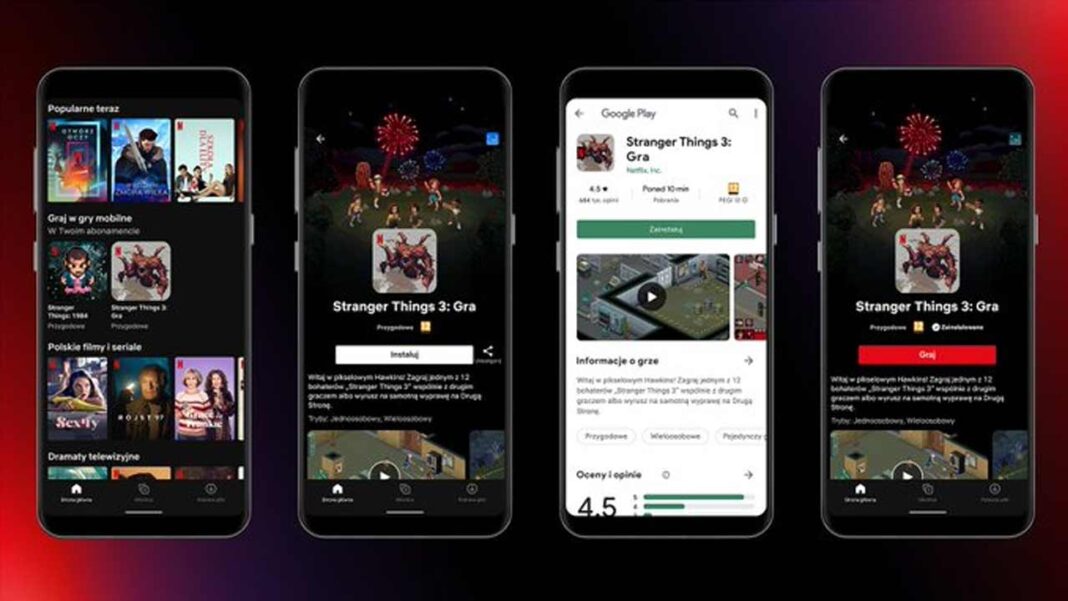 Netflix is trying out its new mobile game service in Poland

Netflix has released its app for mobile gaming services on Poland for the test phase. They shared the general details about the app, announced two new game titles and what to expect from the app.

Netflix announced some information about its anticipated mobile gaming service. The mobile app is released in Poland which means only Polish users are able to test it. The application came out with two new game titles developed by Netflix: Stranger Things 3 and  Stranger Things: 1984.

NetflixGeeked said they are in a very early stage of the app and have much more things to do, but this is the first step via Twitter. So we can expect some more titles, updates and maybe more regions to be added to test phase after Poland.

NetflixGeeked further explained what should players expect from Netflix’s new mobile Gaming service. Appearently you won’t need to make in-game purchases and all the games you’ll be playing will be included with your Netflix membership.

We still don’t know if the company will come up with a new membership level for the mobile gaming service. But I am sure there are more information coming on the way. We can expect to hear more from Netflix soon.