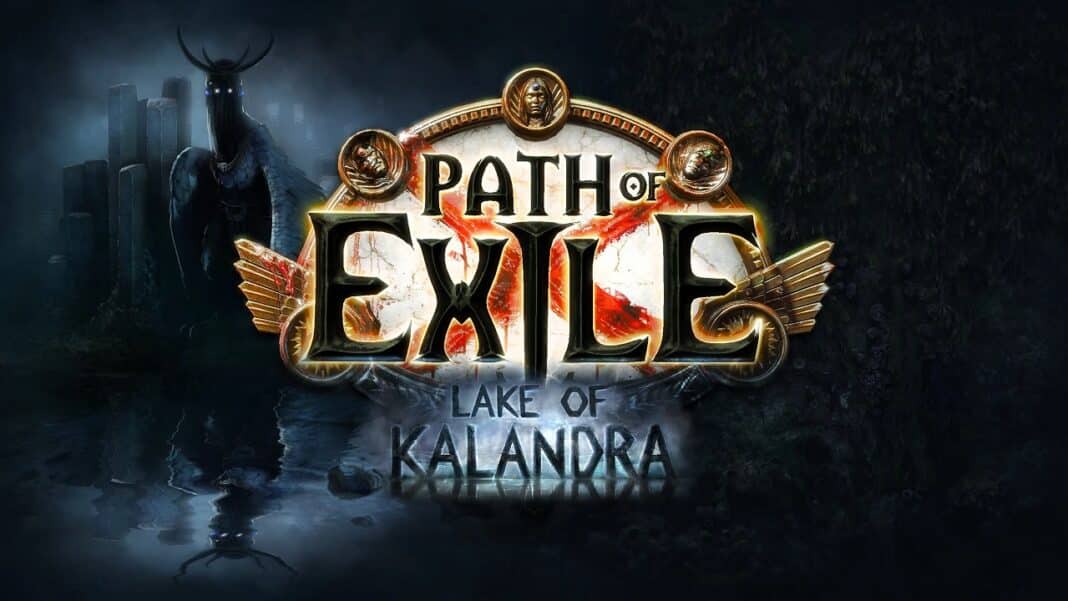 It is that time of the year again, where we get to enjoy a new challenge league from Path of Exile with tons of new content and balancement changes. This time we are being guests to the Lake of Kalandra.

Most of the seasoned players in Path of Exile immediately recall the name Kalandra, as the most expensive item of the game is Mirror of Kalandra which copies an item entirely. This expansion lets players taste the power in smaller doses, yet there will still be difficult and rewarding challenges to tackle for everyone.

All content leagues have a certain character, theme and challenge structure tied to them and Lake of Kalandra is no exception to this. Besides the main story campaign, we get to see and discover a whole new world for the challenge presented. This time we are going to be seeing Mirrored Tablets all over the place, letting us adjust and prepare a current state of challenge lake created by Kalandra itself.

The tablets will allow you to create a path full of challenges, and each step will also increase the difficulty separately. These challenges you pick and place will come from a pool of choices where you will also be able to manipulate them as you progress further in the story and endgame. Once the tablet is entirely filled, you can open a portal immediately or itemise the design to either use later or sell in trade.

The lake has a unique aesthetical structure of its own, where the hexagonal basalt pillars rise out of the water as you move further. After a lot of dark and thrilling themes throughout the decade of Path of Exile, this one definitely has a fresh and unique feeling. Still though, it is the usual “build your own dungeon” style Path of Exile uses for endgame customization along many other examples of it.

The theme of mirrors is also being used for some high risk high reward scenarios Path of Exile always prefers to use. For example, at some point you will find some enchanted jewelry generation processes. This process will create two pieces of enchanted jewelry that are opposite of each other. They will share same modifiers, but some of them will be positive and others negative. In the other pieces, the positives and negatives will be mirrored so you will have to pick one of them if they suit you at all. This will allow you to min-max your stats in a twisted and fun way.

Moving on, there will be a new type of content items called Atlas Memories. They will drop as rare items during the endgame, giving player a small run through maps with random encounters that end up in some more loot. They will also be tradeable, so if it is not your type of content, you can always make some quick bucks out of them.

Some of the old leagues are being reworked and rebalanced for a new and fresh feeling that fits the current state of the game. Archnemesis, Harvest and Beyond leagues are getting some proper changes to become more fun and useful at the same time without causing player to lose time or effort. Trialmaster from Ultimatum League also has a new encounter too.

Without new skills, a Path of Exile league would definitely be incomplete. This time we are seeing only 4 of them, 3 active skills and 1 support skill. Except one of the active skills, all of them are themed around the Shock ailment so get ready for another potential Elementalist domination.

It is still not over yet, so bear with us there. Trickster ascendancy is reworked, and Minion stats are now easier to find around, buffing the minion-based characters.

Path of Exile: Lake of Kalandra will launch on 19th of August. If you are a fan, we know that you have already been waiting for the time since weeks but if you just caught a glimpse and want to try it out, remember that it will be a huge crowd there. Servers may be overloaded, so get yourself some good amount of coffee to make it through the night.