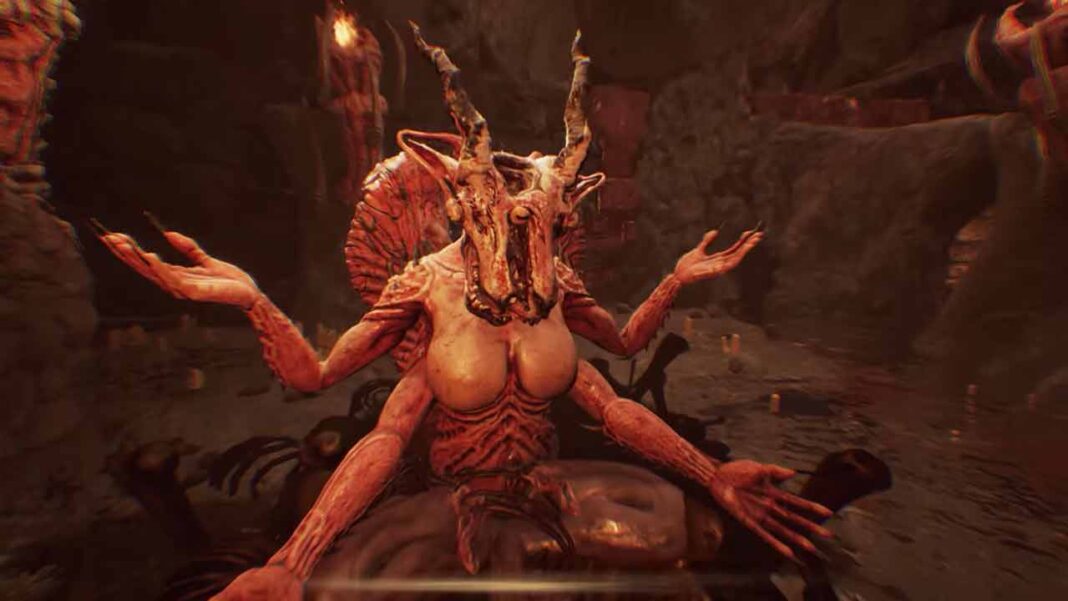 People want these games to be banned.

Video games have a long history over many generations now, and while they’ve steadily gained mainstream popularity continuously, there has always been a segment of society that has criticized gaming’s influence. They were especially concerned about the younger consumers. But there have been some games that pushed the envelope so much, were so utterly offensive, or stoked so much outrage, that the backlash they garnered was particularly intense. That was so much that people even wanted to ban these games and tried that. Now, we are going to take a look at some of the most controversial video games ever to strut their pixelated stuff on gamers screens over the years. The list is not prepared in a particular order.

Custer’s Revenge (1982) – Atari 2600
Custer’s Revenge is a game that’s legendary only for the wrong reasons. In the early 1980s, porn purveyors working under the name “Mystique” attempted to cash in on the popular Atari 2600 console by releasing what is often cited as one of the worst games in history. In it, you play as General Custer, the real-life loser at the Battle of Little Bighorn, as he walks, naked, across the screen towards a Native American female who is tied-up and also nude. The “game” has you sexually assault the woman after dodging arrows…and that’s pretty much it. Combining the most ugly misogyny and racism in a way few games ever have, Custer’s Revenge did (sadly) sell well for a while before being pulled from the shelves due to the public’s understandable outrage.

Hatred (2015) – PC
It’s not hard to see why Hatred, from developers Destructive Creations, has been so controversial. Players play as a mass murderer out on a rampage mission to kill as many innocent civilians as possible. From the first news of its development, Hatred was attacked by critics and community on all fronts, who questioned why a game with such a vile premise was even being made in the first place. Upon release on PC, the game was at first pulled from Steam but then reinstated with an “Adults Only” tag, virtually guaranteeing that it would always remain an obscure title. Also the game was really bad and tagged by players as  “boring, repetitive, simply not fun.”

Dead or Alive Xtreme 3 VR Mode (2016) – PS4/PSVR, PSVita, Switch, PC
While the Dead or Alive game series has always purposely pushed the boundaries with its “fan service” featuring scantily-clad, buxom babes, that isn’t the issue that got it on this list. It was the VR Mode for 2016’s Dead or Alive Xtreme 3 that really took things to a shocking new level, and frankly, crossed the line. It put players in the role of “virtually” touching the girls against their will, accompanied by the sounds of their clear protests and discomfort. This caused a big outrage between critics and the community. This game’s VR version called as “sexual assault mode,” which went beyond the usual voyeuristic eye-candy and amounted to a “violent and aggressive promotion of sexual assault.”. Also, Koei Tecmo decided not to release the game in the West due to tons of criticism.

Super Seducer Series (2018 to Present) – PC
The Super Seducer series, by Richard La Ruina, was another title accused of promoting rape-culture by critics.  Putting you in the shoes of a man trying to pick up various women under the tutelage of an expert “pickup artist”, the FMV PC game was at one point called “the world’s sleaziest game.” The questionable premise, combined with lots of what many called pornographic scenes, raised the ire of both players and gaming platforms. Released on Steam in 2018, the original game had its PS4 release cancelled by Sony due to controversy, and Steam famously rejected Super Seducer 3. Later, Nintendo decided against bringing the series to the Switch, possibly fearing that the series didn’t fit with its family-friendly image.

Agony (2018) – All Platforms
Originally titled Sacred Agony, this indie game actually started out with some promise, having you play as a soul travelling through Hell and featuring some impressive, imaginative art design. But upon its eventual release as simply Agony, the game seemed to have been rushed and void of most of the early creativity players had hoped for. In place of imaginative depictions of Hell and an interesting story, Agony merely poured on gratuitous sex, nudity and the old ultra-violence, making for a nauseating and pretty ugly final product. On top of that, the sometimes disturbing visuals got Agony a rare “Adults Only” rating by the ESRB, forcing the developers to tone it down in order to get approved for consoles.

These are the five games whose content brought outrage and criticism, in some cases enough to get them banned or censored and of course, these are by no means the only controversial game titles that have come along over the years but they earned a spot on this list.