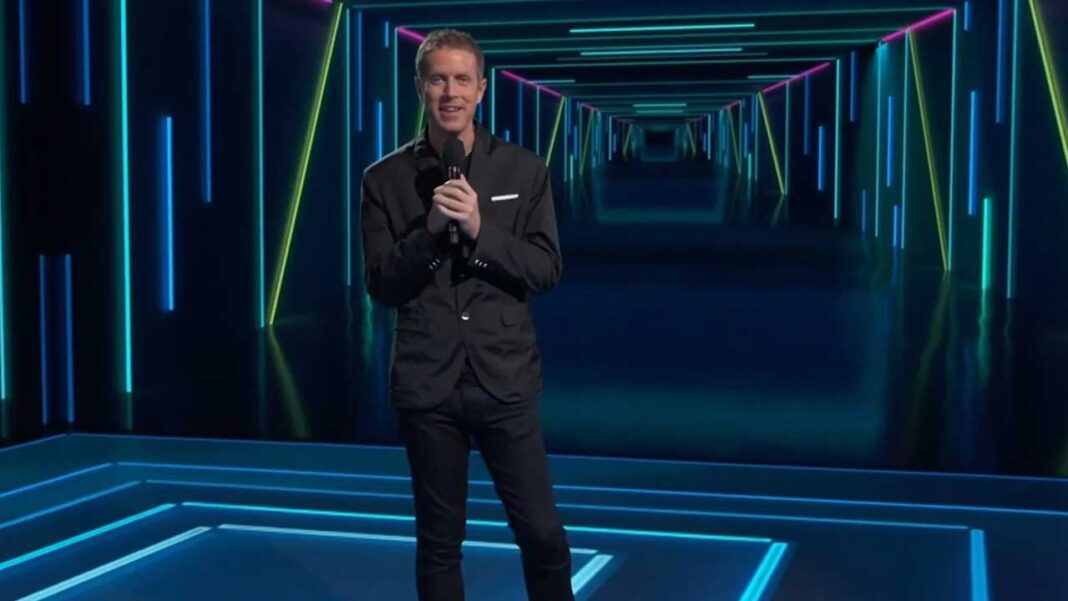 The second day of the gamescom started with a small recap of the opening live. We have heard from a few big titles and then afterwards, we got to hear a lot about upcoming indie titles.

Blood of Heroes is a online PvP game developed by VIZOR GAMES and will be published by Epic Games. You can join open beta starting from August 26. In the game, you can use magic or brutal force to ‘punish’ your enemies. Little mistakes you make might be the end of your life. The cinematic trailer sums up what you can expect from the game, and here is the trailer:

Rush Duel is a Japanese Yu-gi-oh! based card duel game, as you probably can tell from its name. The original game was released back in April 2020 in Japan. The English version of the game is planned to be released in Fall 2021 in Americas and Europe.

Another title that showed in game footages was Forza Horizon 5 with an exclusive interview with Creator Director of the title. The game is going to be released on 9th of November, but if you have the premium edition you can play the game on early access starting from 5th of November.

As I have covered the first night’s live show, I mentioned a Marvel title. On the second day, we got to chance to hear from game’s developers.

Lead Game Designer for Dying Light 2 was here for gamescom. We already had multiple information and trailers but we got to learn and see more with second day of the event. Devs already showed the enemies and creatures we were going to encounter, this time they revealed how we were going to fight them.

First indie title to be announced during Awsome Indies Show was Blasphemous Wounds of Eventide. The second game of popular Metroidvania, hack and slash pixel art game. The cinematic trailer showed that we can expect what we had at the first game and more on top of that. The game is coming on December 9. Also Blasphemous 2 will be coming out in 2023.

FAR: Changing Tides is an action-adventure game with puzzle elements. It is an atmospheric vehicle adventure that follows the emotional journey of a boy and his ship as he embarks on a voyage to find a new home. We got a glimpse of gameplay footage during the show; here is the video if you’d like to see it.

If you remember the game Serial Cleaner, where you wipe the blood off the floor, get rid of evidences and corpses, this is exactly the same game, but better. Serial Cleaners is another game developed by Draw Distance with the same concept as their first game. But now we have multiple other characters and more complex gameplay mechanics and difficulty.

Another exclusive title that was announced during gamescom was Cantata, a character-driven tactical strategy game that puts you in the middle of a spiritual, pragmatic war for survival. We know it’s coming soon but there is no exact date for it.

Squadron 51 is a spaceship shooter with 2D gameplay and 3D environment. The game has 1950’s sci-fi movies aesthetics. In the game, we are expected to be a part of Squadron 51 or our planet is going to face an unfortunate end. Other than that trailer doesn’t tell much other than “there will be three levels of excitement” is waiting for us, for now.

Loopmancer is a 3D platformer roguelite action game with realistic graphics that takes place in a cyberpunk universe. As we can see from the trailer, it has a fast pace, so don’t miss the title if that’s your jam.

There is No Light

There is No Light is one of the another exiting indie reveals of the show. The game is an adventure, fighting RPG game set in a grim underworld ruled by the mysterious Church of the Great Hand. Pixel art game will be in November 2021 but you can go ahead and add it to your wishlist now.

CONSCRIPT is a survival horror game takes place in Great War in 1916. We can expect to see the title in 2022.

Tandem: A Tale of Shadows

In Tandem: A Tale of Shadows, you are playing as Emma and her teddy bear Fenton. You need to control both of them to progress. Controlling Emma, you’ll need to create shadows that will help Fenton move around. But of course there will be enemies trying to interfere your progress on the road. You need to control Emma and Fenton in harmony in order to solve puzzles, solve the mystery and find Thomas.

In the game, we  take on the role of animal gladiators performing in tournament. Again, we don’t have a release date for the game but you can go to Steam and add it to your wishlist.

Sandwalkers was one of the other exclusive titles. It is a roguelike turn-based exploration game. Build your team, traverse varied hostile environments, face countless dangers, and gain knowledge that will help you find and resurrect the Mother Tree Umama.

Nura’s Wish is and adventure game developed by Young Wolf Interactive. It is and atmospheric puzzle game which you carry the last light on the earth. The graphics, atmosphere and the music we have seen so far gives a great impression but we will need to wait for further details and release.

You Suck At Parking

You Suck at Parking is a game where you need to drive, drift, and park through a plethora of physics-based tracks. The game will be coming out in 2022.

The Amazing American Circus is an role-playing, strategy video game where you need to transform your run down circus into an entertainment empire.

City Block Builder is a tycoon city building simulator. The initial release data was 16th of June but we don’t have an exact release date for now. All we know is early access will be coming soon.

In Roots of Pacha, you are the first humans to farm and find ideas to shape humanity. You live as a part of a clan, play co-op with your friend.

Arcadian Atlas is a J-RPG looking, 2D isometric, pixel art tactical role playing game. The game is about the choices people make in pursuit of the things they love, and the havoc it wreaks on a kingdom. The game is coming in 2022 but you can add it to your wishlist now.

In the multiplayer social deduction game Eville you can live out your evil side and commit stealthy murders. As a villager, you need to unmask the conspirators before you get an axe to your face.

Dice Legacy is a dice-based survival city builder set on a mysterious ringworld. Your ship has reached the shore of an uncharted continent. Roll and use your dice to gather resources, expand and defend your settlement, survive the winter and interact with the strange inhabitants of this eerie world. The game will be out on 9th of September, 2021.

Nine to Five is a free-to-play 3v3v3 team focused first-person shooter! Set in a future where corporations rule and being their mercenary is just another job.

It is a roguelite city builder set in a fantasy world where it never stops raining. As the Queen’s viceroy, you’re tasked with building and managing new settlements inhabited by intelligent beavers, lizards, and humans.

In Terror of Hemasaurus, you play as a Giant Monster unleashing terror upon mankind in this modern arcade experience with the action turned up to eleven.

Falling Frontier is a upcoming strategy video game. It is a revolutionary sci-fi RTS where ship design, recon, and logistics are critical elements.

Timberborn is a city-building game about lumberpunk beavers. These evolved, bipedal animals build vertical wooden settlements, control rivers with dams and dynamite, and create thriving colonies despite the catastrophic droughts and other perils.

With The Waylanders, slip the bonds of fate in this party-based RPG filled with Celtic myth and historical legend. The game launches on November 16th.

It is a title releasing next month. Endlight ships with 100 levels that cannot be replayed. Every 2 months for 3 years, another 25 will be released for free.

Diluvian Winds is a simulation game in a context of exile due to the rising waters. Survive as you expand your community in your lighthouse.