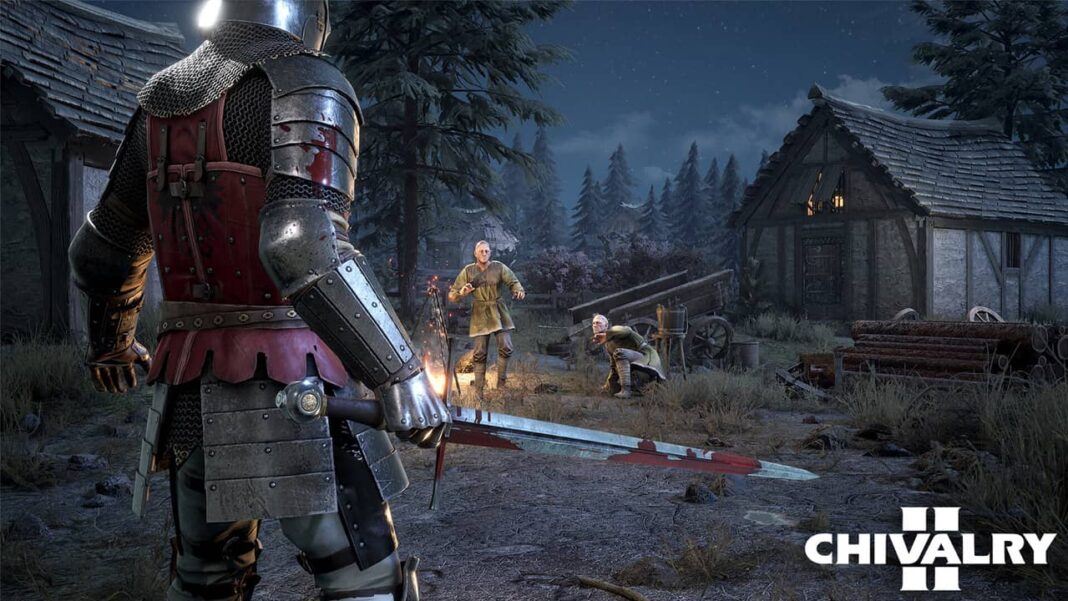 The first update for Chivalry 2 is live on PC, PS4, PS5, Xbox One and Xbox Series X/S. Alongside the update, patch notes are also here, giving us every detail we need to know about the update. Since the launch, this is the first update Chivalry 2 got and it’s a big one.

You can check out the official and complete patch notes published by the developer Torn Banner Studios and publisher Tripwire Interactive:

Parties
● PC – Fixed an issue with online presence not updating properly which prevented players from joining and getting into games as a party. For example, if a player is invited to join a party but is already in one, you will receive a message stating ‘ is already in a party. We expect more improvements in the next update as well.
● Fixed an issue where parties dropped out after a match ended and were unintentionally sent back to the main menu
● Added a visual indicator that someone in a party cannot be invited to another party
● PC – If you are in a match and accept a party invite on PC, you will now be sent to the main menu to join the party
● Fixed an issue where a party member was not brought into the game with the game leader when using the server browser
● Accepting a party invite while in-game will no longer cover the disconnects prompt with the controls screen
● The queue timer will no longer continue to countdown if ownership is transferred from the party leader after starting a matchmaking session
● The party member icon will no longer disappear from the scoreboard after being in a party while loading another session from a prior one.
● Set party voice playback to use same device output as the game audio
● Party members will now see a voice indication in the UI for themselves and other party members when speaking

Performance
● The Xbox Series S will now play at the intended 60 frames per second!
● Fixed a performance issue where player corpses would negatively impact performance.
● Improved overall performance during the Lionspire banner stage
● Fixed some movement correction that happened while jumping

Combat/Weapons
● Reduced players’ ability to significantly backwards drag before a swing
● Fixed an issue where players visually sprinted sideways too much in third-person.
● Active riposte and counter durations now continue for remaining duration if attack is feinted/transitions to heavy attack
● Fixed attacking queuing issues, so players will now be able to more successfully initiate a follow up parry, attack, or dash
● Kick/Jab/Special cooldown is now refreshed when entering Interrupting states
● Fixed server movement corrections on dodging and jumping (caused visual jittering to occur for players)
● Bandage kits no longer deal damage to teammates. Friendly archers are better at this already!
● Fixed an issue where player could get stuck with fists and unable to attack after climbing ladder
● Fixed an issue where initiating a combat action immediately after doing a VO line did not work. Get your taunts ready!
● Fixed a bug with the Greatsword parry where player collision would not match their position when their parry was broken
● Temporarily disabled 1 handed spear to rework animation sets and make it more readable
● Added missing impact sounds and impact sparks
● Added a cooldown when using a Kick into an attack
● Fixed an issue where picking up a damaged constructible would cause it to be invulnerable next time it is placed

Animation
● Visually fixed the players feet not moving during a jump and when landing a jump
● Fixed sprint turn animation not being in sync between clients in third-person
● Fixed animation popping in 1P/3P when cancelling attack into another attack
● Fixed an animation break that occurred when attacking right after Parry recovery
● Removed sliding that occurred when attacking while strafing forward in third-person
● Fixed legs being stuck in idle while moving around and fighting
● Fixed animation freezes after getting hit during a heavy slash feint to jab with a shield
● Fixed server physics for interrupts not playing animations
● Fixed animation stutters with combo to (alt) feint
Crashes/Disconnects
● Fixed an Xbox crash that occurred when resuming from a suspended state (while on the Store menu), and when attempting to use save data from an Xbox One X console on an Xbox Series S console
● Fixed a PS4/PS5 crash that occurred when loading into the tutorial
● Fixed a crash that could occur when dismounting a ladder
● Fixed a crash during post-game screen transition
● Fixed issue where Crossbowman could get disconnected from server during regular gameplay
Customization
● Removed various exploits used to equip locked items
● Fixed hair not adjusting to the characters head sizes
● Fixed white/grey hair colour not being able to be equipped. (Malric’s grandmother could not be more excited!)
● Fixed an issue where female heads would reset to male head

Chivalry 2 is available for purchase at PC, PS4, PS5, Xbox One and Xbox Series X/S. If you want to check out the game, click here.

Sniper Elite 5 is getting an “Invasion” mode