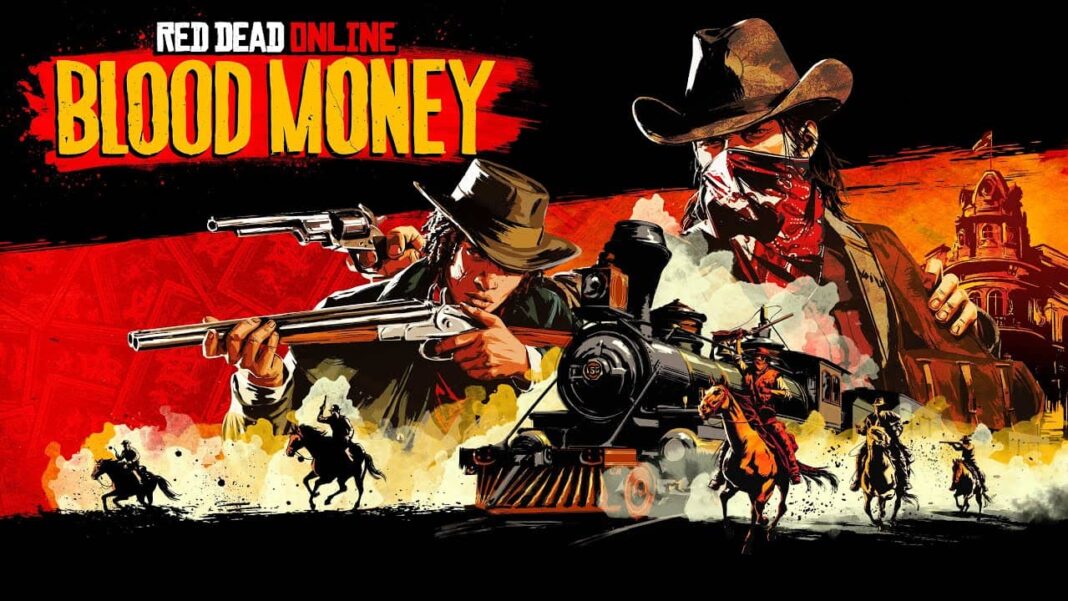 Rockstar has released the Blood Money update for Red Dead Online. Letting players live out a life of crime and swindling if you take it as interesting. Rockstar’s western game should also be less demanding on recent Nvidia hardware, as DLSS has also arrived with this update.

Red Dead Online Blood Money introduces new missions called Crimes and Opportunities. You can do these in free roam, jumping from cloak-and-dagger style coach holdups to multi-stage robberies that task you with kidnapping, debt collecting, and even more. You can do it as a lonewolf or with your friends, as a gang. You can currently do three different contracts, and they come from Anthony Foreman, James Langton, Sean Maguire, or Joe.

While you’re out exploring, you’ll want to keep an eye out for Capitale, which can appear in treasure chests or on the bodies of other bandits you’ve knocked out.  Once you’ve saved up enough, hand them over to Guido Martelli to get an Opportunity. These missions involve staking out the best way to snag a jewel to rustle the feathers of a meddling senator.

Alongside the new passes and cosmetics, there are some other neat features, too. There’s something called Nominated Series, which allows you to nominate specific modes and maps and join a series made up of ones nominated by other players in that series.

Once you download the Blood Money patch, there’s also a DLSS update waiting for you. If you don’t know what DLSS is, it’s Nvidia’s new AI-driven super-sampling tech that takes a base canvas rendered at one resolution and extrapolates it into a higher-resolution image. Basically, you can run the game at lower, resource-friendly resolutions without sacrificing a good looking cowboy game.

You can find the patch notes in full here, and an introduction video below.