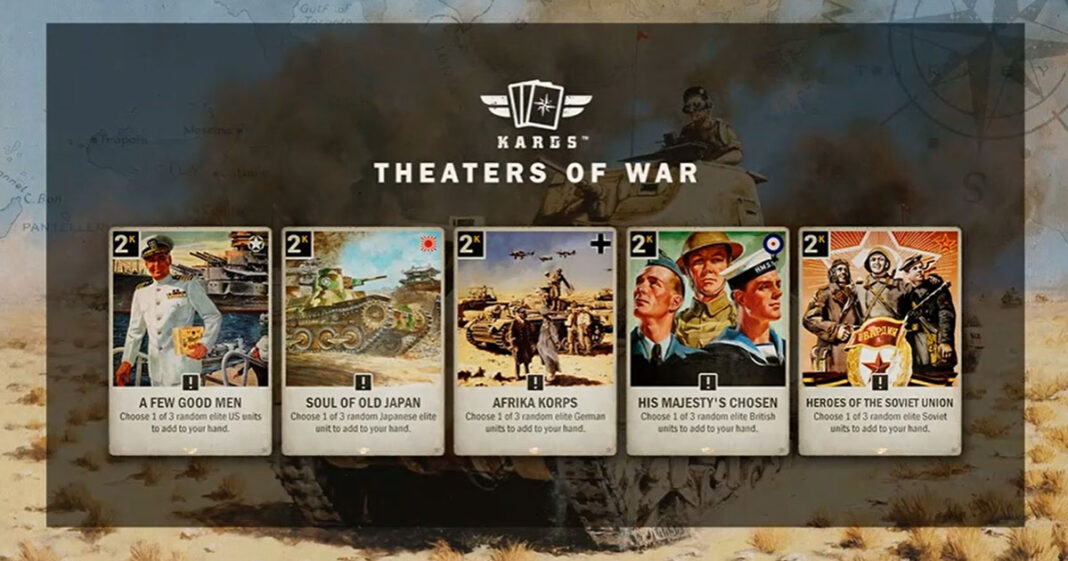 Independent game developer 1939 Games today announced that its next major expansion, KARDS: Theaters of War, will be available to players of its WW2 CCG on June 30th. The expansion adds a series of five single-player campaigns to the game, recreating some of the most iconic battles of the Second World War. The update will also add 40 new cards that can be unlocked as players complete the campaigns, bringing further depth and strategy to the game. KARDS can be downloaded for free on Steam, with Theaters of War available for pre-purchase in-game from June 19th.

KARDS five main nations – Britain, Germany, Japan, USA and The Soviet Union – each receive their own unique campaign in the Theaters of War expansion. Every one of these features five battles from real-world military campaigns, allowing players to recreate these conflicts using their own tactics and strategies. The British campaign thrusts the Allies into 1942’s Operation Torch in which players must fight to capture the Vichy-French controlled city of Tunis. With three decks available, there will be a range of strategies to master for each battle. Another first for the series is that between rounds cards will be upgradable – this will make them more powerful for the rest of the campaign.

Playing through each of the Theatres of War campaigns, players will be able to unlock eight exclusive cards for each of the KARDS nations. Among these special cards are new HQs that correspond to the locations of each campaign. These special HQs will transform the playboard as the game takes players from the sandy dunes of Africa to the snowy tundra of the Soviet winter, adding a fresh feel to online clashes.

Players can download KARDS now for free on Steam. The full Theaters of War expansion will be available for $29.95 in-game, a 25% saving over purchasing the five campaigns individually. Players can pre-purchase the bundle from June 19th, which will give them instant access to new card backs and five Elite Cards from the expansion to add to their deck. After June 30th, players can purchase the campaigns as a bundle, individually, or with Gold earned in-game. For more information on Theaters of War’s new cards, follow KARDS on Facebook, Discord, Twitter and YouTube.