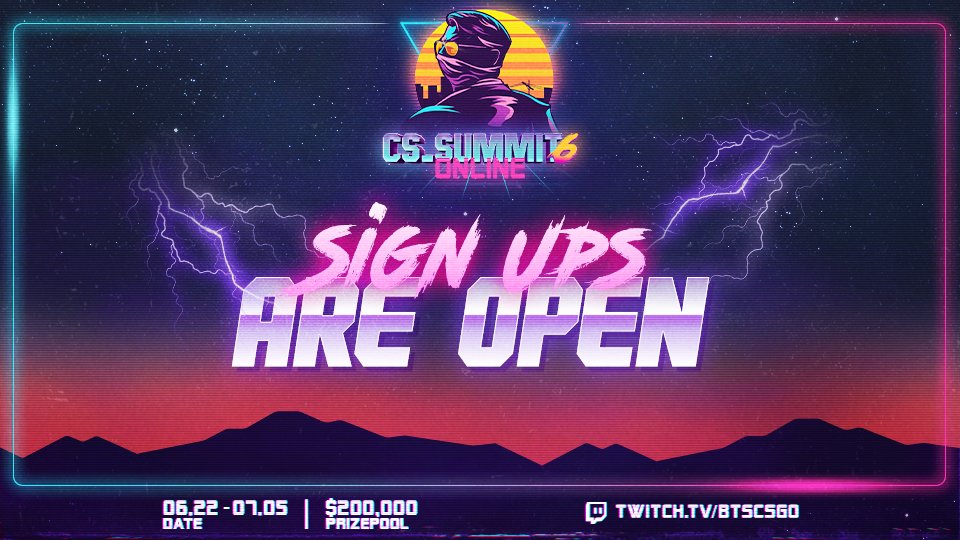 Nintendo Switch shortage may persist in 2022

XPG, a provider of high-performance products for gamers, esports pros, and tech enthusiasts, is pleased to announce that it has become the Official Gaming Notebook sponsor of the official Valve RMR CS:GO Online tournament series CS_SUMMIT 6. Organized by Beyond the Summit (BTS), the tournament will take place from June 22 to July 5. As a part of the sponsorship, the XPG XENIA will be the Official Gaming Notebook of the tournament.

CS_SUMMIT 6 will be broadcasted internationally and is organized regionally with qualifying games in Europe and North America. XPG will be the major sponsor of the event in the Gaming Notebook category. This is the second time XPG has participated in a BTS-organized tournament as a sponsor. During CS_SUMMIT 5, XPG was the Official Keyboard sponsor.

After unveiling XPG’s Golden SUMMONER Keyboard at CS_SUMMIT 5, all of us here at Beyond the Summit are beyond excited to introduce XPG’s premium laptop XENIA to the community. I am personally incredibly proud to have a gamer-centric brand like XPG at CS_SUMMIT 6. XPG’s determination and dedication in developing high-performance gaming products never cease to impress me,” said Michelle Cheng, VP of Sales & Marketing at Beyond the Summit.

We are thrilled to be working together with Beyond the Summit again and taking part in the excitement that is CS_SUMMIT 6,” said Alex Yin, Chief Gaming Officer & General Manager at XPG. “We trust that as people stay at home, they’ll relish in the opportunity to watch these top-tier teams battle it out for the glory of their respective teams as well as the Esports industry.”

BTS will broadcast the tournament on its Twitch channel and other channels in ten plus languages. The exact broadcast schedule will be announced at a later date (https://summit.gg/). The event series has a $200,000 prize pool and will take place over two weeks, commencing with its opening tournament on June 22.

Launched in April of this year, the XPG XENIA marks a major milestone for XPG as it’s first-ever gaming notebook offering. XENIA is an XPG and Intel® Design Collaboration which sports Intel Core™ i7-9750H processor as well as XPG’s very own award-winning SX8200 Pro M.2 solid state drive (SSD) and 2666MHz 32GB DDR4 SO-DIMM memory module. To celebrate its sponsorship of CS_SUMMIT 6, XPG will be offering the XPG XENIA at special promo prices via BestBuy.com. Promotions details and links are as below.